If one were to publish an anthology on the developments that have had the most significant impacts on India’s economic tapestry, the Unified Payments Service (UPI) would deserve a separate chapter.

An example of India’s fascination and expertise with technology solutions to real policy problems, the UPI has made the world take notice of India’s innovation abilities. The revolutionary concept is not just reinventing the payment infrastructure in India but has also emerged as a case study for other countries in building a real-time payment system that is efficient, simple, and scalable. In July 2022, the number of transactions done using UPI crossed the six billion mark – the highest number of transactions recorded since the launch of the digital platform in 2016. UPI’s appeal is not just limited to India but it is creating ripples in the global financial space too – 30 countries have expressed interest in adopting UPI.

The secret sauce behind UPI’s success

UPI is a digital payment gateway system that has been developed by the National Payments Corporation of India and is regulated by the Reserve Bank of India. The beauty of UPI lies in the fact that it is an open-source API (Application Programming Interface) that can be accessed by any mobile payment application built by PSP apps or Banks. It acts as a conduit and connects banks, merchants, and consumers to facilitate hassle-free and instant transactions.

UPI is built on the IMPS infrastructure but unlike IMPS where you would need the bank account number and IFSC code of the recipient to facilitate a transaction, UPI’s beauty lies in its simplicity. Users can access any bank account on any supported mobile app and to initiate a transaction only the receiver’s UPI ID which can be in the form of a mobile number or a QR code or simply the Virtual Payments Address is sufficient to complete the transaction. Payments can be done round the clock, 365 days a year and with the UPI transaction PIN being the same across all UPI payment applications, there is greater cross-operability.

UPI is centralized and does not require any dependence on individual banks. The ubiquitous nature of UPI stems from the fact that it has been designed as a digital public infrastructure and can be accessed by all players – big and small be it merchants or customers with seamless interoperability and no transaction costs for customers and merchants. Also, to ensure healthier competition and to prevent oligopoly, the Reserve Bank of India (RBI) has capped the market share that can be held by players in UPI payments.

Push by the government

The UPI apparatus has worked in tandem with the Aadhar digital identity program to bring about a revolution of sorts on the landscape of economic inclusion in India. With UPI, the idea of ​​the government being able to disburse incentives or benefits to the underprivileged sections of the society without leakages, delays or the evaporation of funds through corruption has become a reality. Affordable access to benefits with no intermediaries or middlemen can have a massive trickle-down effect on the economy, especially at the grassroots level.

However, owing to low levels of digital literacy, populations in rural and semi-urban areas display a lower propensity to embrace technology compared to their urban counterparts. Financial and logistical challenges add to the problem and there prevails a sense of distrust or fear when it comes to technology-enabled services and facilities.

According to a study conducted by the Center for Economics and Business Research that was commissioned by ACI Worldwide, real-time payments resulted in estimated cost savings of $12.6 billion for Indian businesses and consumers in 2021 – which helped to unlock $16.4 billion of economic output which represents 0.56% of the country’s GDP or the output of approximately 2.5 million workers.

The report also highlighted a clear correlation between real-time payments and economic growth. When delays are eliminated in the transfer of money, overall market efficiencies in the economy improve and there is a reduction in cash flow issues for households and businesses. Speedy and smooth transactions can augment higher consumption and selling which can fuel economic growth. Additionally, ease of transactions also acts as a fertile ground for the establishment of local small businesses because business owners do not have to rely on convoluted payment systems to seek payments.

UPI is also bringing about a steady shift in the way rural India accesses banking services. The absence of intermediaries, transaction costs, and the elimination of the need to visit a brick-and-mortar branch has brought banking facilities to the remotest hinterlands. Moreover, the NPCI has ensured that the UPI ecosystem covers not just the public and private sector banks but co-operative banks too which occupy center stage in the rural banking system.

The RBI continues to take steps to push greater adoption of UPI in cash-dominant rural areas. In a move to facilitate easier availability of credit in rural areas, the RBI announced in June 2022 that RuPay credit cards will be linked to UPI. The central bank also announced this year that UPI would also be available on feature phones (basic phones with only text and call functionalities) and users would not require an internet connection to use UPI features. The move is aimed at boosting financial inclusion in rural areas.

Finacus Solutions offers FinUPI solution for banks & fintechs to link with the Unified Payments Interface (UPI) platform of the National Payments Corporation of India (NPCI). It aims to simplify and provide a single interface across all NPCI systems besides creating interoperability and superior customer experience. This solution enables banks and PPIs to have a universal mobile app that can serve not only their customers but also other banks’ customers on UPI. The solution is secure, scalable, convenient, and easy to integrate. The security is enhanced by the use of a virtual address which the customer can use to transfer funds instead of sharing sensitive information like account details, IFSC codes, etc. for the same. Bhushan Kondurkar, CEO, Finacus Solutions said “Finacus UPI has had an incredible growth in terms of volume and value of transactions over the past fiscal year, which is a glaring indication of how we are leading in the UPI space”. 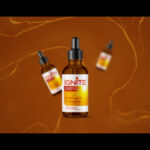 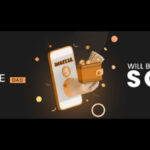 LEO (Jul23-Aug23) A healthy lifestyle is likely to keep your spirits soaring. However, you need to be watchful of your strenuous activities. A strong financial […]

Imagine getting a new job, and a few days into it, the employer asks for a drug test. This is a cause of concern if […]

The Highest Price Since The Terra Collapse

Terra Luna (LUNC) spiked and achieved a record price ever since its ecosystem collapsed. The trading volume is speeding up, which made Terra Classic hit […]