DIFF To Screen Best Of World Cinema On Inflatable Screens


A plethora of films from across the world will be screened at the upcoming 11th edition of the Dharamshala International Film Festival (DIFF), which is set to be held from November 3 to November 6 at the Tibetan Institute of Performing Arts (TIPA) in McLeod Ganj, Dharamshala.

The titles will be screened at inflatable theaters.

For the screening, the festival has joined forces with the inflatable theater company – Picturetime, to host its latest physical edition in the foothills of the Himalayas. This year, two of Picturetime’s inflatable digital cinemas will serve as screening venues at DIFF.

Festival director Ritu Sarin said: “Before we teamed up with Picturetime in 2018, we had no way of showing digital cinema packages, the preferred digital screening format internationally. Our partnership with Picturetime helped us to overcome that technical hurdle. Picturetime’s state-of- the-art digital facilities and its knowledgeable technical team have really helped DIFF move to the next level. This year, we’re more excited than ever because we’re adding a second Picturetime mobile digital cinema, and expanding even further our capacity to screen films at the highest quality.”

The festival will also host talks, masterclasses and interactive sessions at the Picturetime venues.

Talking about his association with DIFF, Sushil Chaudhary, Founder & CEO, Picturetime Digiplex, said in a statement: “A good film festival requires good technology to do justice to the cinematic experience. When we first associated with DIFF, the idea was to add value by bringing the best digital facilities. We have fulfilled this mission over five wonderful years so far.” 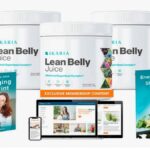 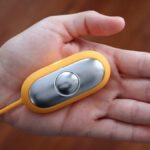 This article outlines the brief information on Trubody ACV Keto Gummies, the sweet undergo gummies which can be taken into consideration as a blessing for […]

A set of teeth makes us look beautiful and healthy. It is important to have good teeth to keep our overall health healthy and to […]

The choices that we make in life reflect our future. People fail to acknowledge their mistakes and let the regret eat them alive from the […]

In response to an angry tweet from novelist Stephen King regarding the speculated Twitter Blue feature, Elon Musk responded with the following:‘We need to pay […]