Encompass Health has completed a spin-off of Enhabit, its home health and hospice business, the companies announced Friday.

Encompass Health’s board of directors features the separation as a way for each entity to be more flexible and strategic in operations and acquisitions. The company expects Enhabit to earn more than $ 1 billion this year, according to guidance issued last month.

“Today marks a new and exciting chapter for our company, and we look forward to embarking on this next phase of growth with our team,” Enhabit President and CEO Barb Jacobsmeyer said in a news release. “As an independent company, we will have enhanced strategic and operational flexibility to put the interests of our patients, people and investors first.”

Enhabit is now an independent public company traded on the New York Stock Exchange. Stockholders were given one share of Enhabit stock for every two shares of Encompass Health stock they owned as of June 24.

The home health industry has been exploding in growth as the country’s population ages and providers look to meet their needs. By 2040, 81 million US residents will be 65 or older, up from 54 million in 2019, according to Health and Human Services Department data.

Medium- and large-sized home health providers such as Enhabit and Amedisys are striving to become “one-stop shops.” said Bill Dombi, president of the National Association for Home Care and Hospice. “What we’re seeing is a horizontal integration of home health, “ he said.

The home health industry has been rebalancing in recent years, Dombi said. While demand for services is surging, the number of players in the market has decreased. There are 11,600 home health companies in operation, which is 1,000 fewer than in 2015, according to data from the Centers for Medicare and Medicaid Services. 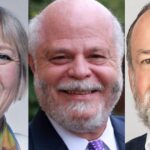 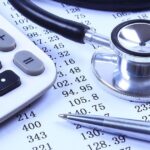 The Senate passed a massive $1.7 trillion spending bill Thursday that finances federal agencies through September and provides another large round of aid to Ukraine […]