Everyone Wants to Build Green Energy Projects. What’s the Holdup?


For green energy experts, it seems like there’s too much of a good thing right now. While it’s great that there are enough wind, solar, and battery storage projects planned to meet the United States’ climate goals, a growing bottleneck in the nation’s electric grid is keeping most of these projects grounded. The problem stems from a combination of factors: aging infrastructure, a discombobulated electrical grid that makes it difficult to get renewable energy from where it is produced to where it is needed, and the overwhelmed regulators responsible for approving the projects.

A new report by researchers at the Lawrence Berkeley National Laboratory outlines the dilemma. The authors surveyed the nation’s seven electric grid operators and 35 major utilities, which together cover 85 percent of the US power load. They found that 1,300 gigawatts of wind, solar, and energy storage projects had been proposed as of the end of 2021, enough to meet 80 percent of the White House’s goal of carbon-free electricity generation by 2030. “There’s an energy revolution taking place in the types of power plants developers and independent power producers want to build, and the types of power plants that we as consumers are demanding, ”says Joe Rand, senior scientific engineering associate at LBL and lead author of the report“ Queued Up, ” which was released in April.

But fewer than a quarter of projects will ever get going, Rand says, even those that have the necessary financing, permit approvals from local jurisdictions, and contracts with utilities to sell the power. “Our transmission system is simply simply under-resourced to manage this influx of new capacity,” Rand says.

Perhaps the biggest issue right now, Rand says, is that there’s no easy way to figure out how to move renewable energy from point A to point B. Part of the problem is finding ways to connect new projects to the existing grid. It’s as if there are too many renewable planes for the number of gates at the energy airport terminal. “Let’s say you want to build a 200-megawatt solar farm and there’s a substation down the road,” Rand says, describing a typical scenario faced by a renewable energy developer. “No problem, I’m just going to plug into that substation. But it’s not quite that simple, because when you inject 200 megawatts or any significant capacity of electricity into the grid system, it’s going to cause impacts. You might need to upgrade the network, you might need to upgrade the substation in order to inject that capacity there. ”

Those upgrades could include new transmission lines that can handle an increase in power without overheating, which can damage the lines themselves, and without causing a reduction of electricity across the length of the line. Of course, someone has to pay for these upgrades, and many state utility regulators do not want to pass the cost on to ratepayers. At the same time, many renewable energy developers do not want to pay for upgrades that might benefit existing fossil fuel producers.

Another part of the backup comes from the reviews needed to study this maze of electrical connections. Each of the nation’s system operators (there’s one each for California and Texas, and multistate operators for the remainder of the US) have to approve any new energy project, whether it’s a wind farm or a coal-fired power plant. This includes reviewing studies that assess the environmental and economic effects of the project, as well as how the extra energy may affect the grid, how reliable it is during peak times, and how the new power source will respond to outages or bad weather. 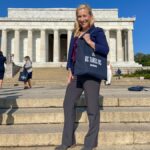 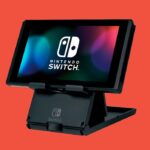 What Snap’s Liftoff Means for the Social Media Company