In the past, seniors in Medicare had to pay for all their prescription drugs out-of-pocket. For elderly individuals with multiple medical conditions, this lack of coverage was highly burdensome.

To address this issue, in 2006, Medicare Part D began which provided some coverage for prescription drugs. To keep the cost of Part D down, however, it contained a coverage gap (colloquially known as the “donut hole”) in which after patients met some deductible and had some coverage, they would again be responsible for all prescription drug cost until they reached their catastrophic coverage levels.

To address the donut hole’s burden on senior’s, the Affordable Care Act gradually reduced Medicare Part D beneficiaries’ coinsurance rate in the donut hole from 100% in 2010 to 25% in 2020.

A key question is how did these policy changes impact drug coverage and financial hardship. A paper by Olson et al. (2022) answers this question using survey data from 1998, 2001, 2015 and 2021. Using this approach, they find that: 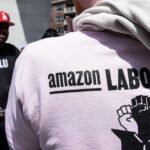 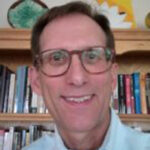 Hospital outpatient providers could see $6.2B pay bump in 2023

Hospital outpatient providers could see a $6.2 billion increase in Medicare reimbursements next year under a proposed rule issued Friday. In addition, the draft regulation […]

A New Jersey hospital and an anesthesia group are in court over disagreements about staffing and contract agreements. Cooperman Barnabas Medical Center, an RWJBarnabas Health […]