Followers of fitness guru Shaun T will be aware that he and his adorable family recently moved into a new home. It’s bigger than their previous place and they’ve poured a lot of thought and time into making it right.

Shaun and husband Scott Blokker are proud dads to twins, Silas and Sander. They’ve been sharing videos of the family enjoying their new space. One of Shaun’s latest videos reveals a special surprise he organized for Scott.

Related: Don’t lecture gay dad Shaun T how to act around his kids — he’s having none of it

It turns out that Scott is a huge fan of RuPaul’s Drag Race. Therefore, Shaun organized one of the bathrooms in the house to be decorated in tribute to the iconic show and its queens.

Shaun shared a video of the reveal moment as a reel on his Instagram.

“A surprise for Scott,” Shaun captioned the reel. “One of my goals for our home was to have it represent many parts of us. This one in particular is for Scott. He loves @rupaulsdragrace and this is definitely one of our favorite rooms in the house!”

Shaun credited designers “JUST” Giovannie (@justcreatedit) and @all.things.elliott with helping to create the space. The latter shared a video on his Instagram of the finished space.

3 years ago today we made history as the first same-sex couple to be on the cover of @parentsmagazine. I can’t wait for our boys to be old enough to know how meaningful this was to us as parents and as gay dads. We feel the love from this amazing community & are so grateful.❤️ pic.twitter.com/TWeYZZiskY

Related: RuPaul is not amused by this unauthorized, holiday decoration

If you want to find out more about Shaun and Scott, they recently posted a Pride Month video in which they answered questions about their relationship. 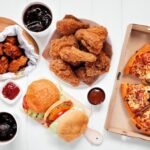 Previous Article How to Use Cheat Meals to Lose Fat Faster 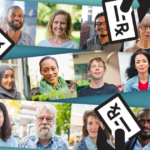 Next Article Number of uninsured Americans drops to record low

A recent research study by the Market Insights Reports provides key drivers for the growth of the E-Commerce Fitness Products industry. It provides an overview […]

Preity Zinta makes us believe that age is just a number. A major fitness enthusiast, she keeps updating fans about her workout routines. Recently, she […]

At the start of April 2022 we introduced you to the Cycling Weekly Big Fitness Project team of amateur riders – Danny Lloyd, Steve Faulkner […]

MASSENA – The Wounded Warrior Project will be the beneficiary of a fundraising event on Monday that stretches exercising to the limit. The Haydenfit / […]