Health insurance brokerage GoHealth has laid off 20% of its workforce, the company notified employees in a public letter Tuesday.

Approximately 800 agents and support workers lost their jobs, the company said. GoHealth employed roughly 4,000 people as of June 6, according to a news release. The layoffs come as digital health funding shrinks from the highs of 2021, leading to job cuts at once-celebrated tech startups, and as GoHealth faces increased competition.

“It was only after an exhaustive analysis of our business needs and extensive consideration that we agreed this was the path forward to secure our long-term future,” CEO Vijay Kotte wrote in the letter. Kotte became chief executive in June after co-founder and then-CEO Clint Jones transitioned to the role of executive chairman of the board. The company attributed the executive change to an increased focus on profitability.

GoHealth generated $270.6 million in revenue during the first quarter, a 33% increase from the year-ago period. The company’s net loss increased six-fold to $37.2 million.

Some health insurance companies have reined in their use of brokers this year, with marketplace insurers Molina Healthcare, Elevance Health, some Blue Cross and Blue Shield carriers, Bright Health Group and Oscar Health cutting commissions to agents and brokers in certain states.

Meanwhile, the online brokerage space has attracted attention from private equity and venture capital investors interested in propping up startups or consolidating and digitizing independent operators. 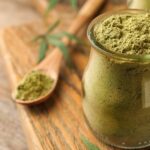 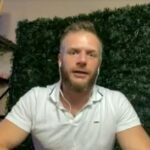 Next Article Las Vegas man recovering from monkeypox speaks out

WASHINGTON — A record 16.3 million people sought health insurance through the Affordable Care Act this year, double the number covered when the marketplaces first […]