Read part I of our trip to BHI here! Here is part 2: Birch turns 4, and Halloween on Bald Head Island.

On our third day we had some dreary weather.

Mazen and Thomas went to play golf, and Birch and I ran some errands, including picking up his birthday cake!

Lunch at the Club

I was in need of a big salad, so we went to the club for lunch to meet Mazen after his front 9.

We had hoped to swim, but it started to rain. (The pool is heated, but not that heated.) So we went to Flemming at the BHI Conservancy to visit the snakes and turtles!

When Thomas got home we all took a little rest and then the boys did more fishing, as usual.

Dinner at the Palms

We went to the Palms at the Club, which is their more casual pub.

We had fondue to share (which Mazen LOVED), and I had crab bisque and some of the best brussels sprouts I’ve ever had!

on Saturday Birch turned 4!!!!!! Check out my Instagram for some memories of his birthday.

After a lazy morning we had his party at lunchtime. I took the boys for a spooky walk while Thomas decorated.

He opened some gifts!

And went on a scavenger hunt for his “big” gift – a Yoto Player!

Then it was cake time! We ordered his cake from Sara at Island Times Cafe. It was everything we had hoped for!

We didn’t make them eat anything else for lunch. Just cake!!

I had cake first and then a bowl of brussels sprouts left over from dinner. lol.

After the party we put on our costumes for trick or treating!

I’m so glad I thought to pack costumes because we had no idea that many of the island homes participate in this Saturday day-time event. I had googled “Halloween on Bald Head Island” and came up with nothing. It was SO FUN!

Thomas was the driver and I used the map and guide to navigate us all around the island to the homes that were participating. We felt a great sense of community when we finished two hours later.

Some of the homeowners dressed up in costumes. Birch loved this pirate house.

Spooky Night at the Club

After a rest, we headed to the club for dinner and a haunted house.

The boys had a great time watching the ghouls warm up during dinner.

I had grouper, veggies, and grits for my entrée.

And I was so excited to see that the Holderness Family was dining across the veranda from us!! You might know them from their funny musical parody videos or the Amazing Race!

The club did an epic haunted house. They turned the pool blood red, and there were multiple sections. I didn’t get any photos since it was so dark, but Mazen loved it!

Birch had zero interest in going through.

We headed home on Sunday morning on the ferry. It was a great fall trip! 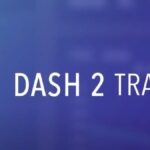 Previous Article Why DOT, CAKE, D2T, RIA And These Cryptos Are Trending 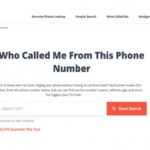 This fall harvest salad recipe is made with massaged kale as the base and topped with roasted butternut squash, crumbled blue cheese, sliced ​​honeycrisp apple, […]

Today’s post is all about veggies: I’m sharing everything from storing and seasonality to 5 easy ways to cook vegetables and some of our favorite […]

The most luxurious moisturizer I’ve ever used is the Beautycounter Tetrapeptide Supreme Cream. Here’s everything you need to know about this amazing night cream. New […]