How Did the Fitness Titan Get Here?


It was the storm we all saw coming – Peloton took a massive hit in Q1 as the demand for at-home fitness equipment continues to plummet from all-time highs during pandemic lockdowns and restrictions.

The company lost a whopping $ 757 million in the quarter, with sales down over 15% year over a year in the same time period.

The reason is simple – too much inventory and too little demand, as the company forecasts just $ 700 million in sales for Q2, leaving shares to plummet up to 15% during early trading hours on Tuesday.

“As discussed last quarter, we anticipated fiscal 2022 would be a very challenging year to forecast, given unusual year-ago comparisons, demand uncertainty amidst re-opening economies, and widely-reported supply chain constraints and commodity cost pressures,” Peloton CEO Barry McCarthy said in a letter to shareholders. “Although we are pleased to have delivered the first quarter results that modestly exceeded our guidance, a softer than anticipated start to Q2 and challenged visibility into our near-term operating performance is leading us to recalibrate our fiscal year outlook.”

But this isn’t the most shocking news for the company that’s seen its share of public scandals and cringeworthy moments including recalls, ill-timed commercials and unexpected leadership changes. Here’s what’s led the company to the position that it’s in today.

June 2021: A new report shows hackers can spy on users while they’re using their bikes and treadmills at home

“The issue reported to us by McAfee requires that an attacker be able to connect directly to one of the USB ports on the tablet on the Bike + or the Tread,” Adrian Stone, VP and head of global information security at Peloton, said in a statement when the security issue first became public. “They would then be able to modify the software on the device, and could then install malware or access data that is communicated between the device and our services.”

Peloton assured users that the issue was “already fixed” as users would be prompted to install a new software update that would nip the issue in the bud.

August 2021: The DOJ launches an investigation into Peloton for injuries customers suffered on their Tread + devices

The company admitted that it had been subpoenaed by the DOJ over reported injuries via an SEC filing.

Related: Report Says Hackers Can Spy on You When You’re on Your Peloton Bike, Treadmill

“We have received reports of a number of injuries associated with our Tread + product, one of which led to the death of a child. In April 2021, the US Consumer Product Safety Commission (“CPSC”) issued a warning to consumers about the safety hazards associated with the Tread + and is continuing to investigate the matter. We are also subject to investigations by DOJ, DHS, and the SEC related to this matter. We intend to cooperate fully with each of these investigations, and at this time, we are able to predict the eventual scope, duration or outcome of the investigations, ”the filing read.

Both And Just Like That… and Billions showcased main characters having heart attacks while using a Peloton bike.

Peloton even attempted to clap back with a commercial that showcased Mr. Big from the Sex and the City reboot and showed him to still be alive.

The damage at that point, however, was already done.

The company announced that founder and CEO John Foley would be stepping down and that it would be cutting 20% ​​of its corporate workforce.

“Peloton is at an important juncture, and we are taking decisive steps. Our focus is on building on the already amazing Peloton member experience, while optimizing our organization to deliver profitable growth,” Foley said in a company statement at the time. “With today’s announcements, we are taking action to ensure Peloton capitalizes on the large, long-term connected fitness opportunity. This restructuring program is the result of diligent planning to address key areas of the business and realign our operations so that we can execute against our growth opportunity with efficiency and discipline. “

The company reportedly offered laid-off employees a free one-year subscription to its services as compensation.

Set to go into effect on June 1 of this year, Peloton’s all-access subscription price in the US will increase from $ 39 to $ 44 per month and will remain the same for international members. For those who do not own Peloton equipment, plans will remain at $ 12.99 a month. 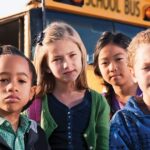 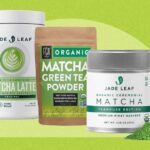 “Why us?”: Twin Cities fitness studios robbed 3 times in the span of a week