TikTok star Mads Lewis has shared a picture with her rumored boyfriend, 28-year-old Kevin Mejia. Fans were surprised to see the picture as the influencer has kept her relationship private from the internet. The picture showed Mejia picking up Lewis beside the pool.

The 19-year-old TikToker also posted a boomerang video with the fitness blogger, tagging his Instagram page. The influencers are enjoying a vacation in Arizona for close friend Miranda Fauntleroy’s birthday.

All we know about Mads Lewis’ boyfriend: Kevin Mejia has worked with leading celebrities

Born and brought up in the United States, Kevin Mejia belongs to Colombia. He is a 28-year-old celebrity fitness trainer who has worked with names like Justin and Hailey Bieber, Maroon 5’s lead singer Adam Levine, The Chainsmokers’ Drew Taggart, Kygo, and many more. He is also the lead trainer and owner of a gym called Dog Pound.

Mejia has a large Instagram following of over 77k users, where he shares tips and ideas for staying fit.

According to a GQ interview, the influencer got his first job as a maintenance boy at the local Gold’s gym.

When questioned about his inspiration behind launching Dog Pound, the trainer said:

“Everyone should always strive to work at the best of the best and in this case, Dogpound to me was the Mecca. A private gym with endless amounts of energy and amazing successful clients / employees up and down.”

Dog Pound first opened its doors in the city of New York and later branched out to a second location in Los Angeles. Mejia shared his feelings about the growth of his business by saying:

“It’s really moving art seeing a beautiful space like the New York location to be multiplied and then amplified in Los Angeles is something incredible to see a brand do that especially in fitness. And still growing as we speak. The trainers are unique and inspiring all bringing different talents to the table makes one the strongest teams out there. “

The picture posted by Mads Lewis had the caption, “te amo,” which is the Spanish translation for “I love you.” Mejia’s face wasn’t visible in the picture, but she also posted a cozy boomerang video, where she tagged her Instagram account.

Fans are taking the post as a confirmation of their relationship, rumors for which began swirling on the internet in May 2022.

A May article by Glamor Buff claimed that Mejia was Mads Lewis’ gym trainer before their budding romance. The two were first seen spending time around May 16, 2022, when they visited Disneyland with a few other friends.

The group clicked numerous pictures together, but some pictures indicated “more than friends” vibes between Lewis and Mejia.

A gif-style post, which included the entire group, showed Lewis wrapping her hand around Mejia. Another picture showed Mejia taking pictures of Mads Lewis as she posed with one of the park’s mascots. Finally, a photo of them holding hands was also posted on the internet.

The couple received support from many followers, but some did not like the age gap between the two influencers. Mejia is 28, while Lewis is 19.

Lewis was last linked to Jaden Hossler. The two broke up after rumors about Jaden cheating on her surfaced online. Following the rumors, Hossler is currently dating singer Nessa Barrett. 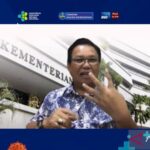 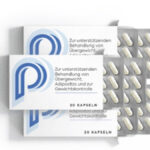 Next Article Don’t Buy Till You Read This

Liverpool received a huge boost in the form of Firmino. The Brazilian star has returned to full fitness right before one of the biggest months […]

By Riley Murdock (May 6, 2022, 6:37 PM EDT) – The owners of three Snap Fitness locations have lost their bid for insurance coverage from […]