All good questions, and you’ll learn the answers in this article.

Some folks claim weightlifting belts are essential for avoiding injury—almost like wearing a seatbelt while driving.

Others say that the safety benefits are overblown and the primary reason to wear a belt is that it helps you lift more weight.

And others claim that weightlifting belts are seductive “crutches” that help you lift more weight in the short-term but make you weaker in the long run.

In this article, you’ll learn what science has to say about these conflicting opinions and whether you can benefit from wearing a weightlifting belt during your workouts.

What Is a Weightlifting Belt?

A weightlifting belt is a thick belt that you wear around your waist while lifting weights.

There are many different types of weightlifting belts, but they’re typically three-to-four inches wide (though some are wider at the back than they are at the front), made of thick, stiff material such as leather or woven nylon, and have a large buckle that secures the belt in place and helps to cinch it tightly around your abdomen.

What Does a Weightlifting Belt Do?

When you lift weights (or anything heavy, for that matter), it’s important to trap air in your lungs and create pressure in your abdomen, known as intra-abdominal pressure.

This stabilizes your torso and prevents your spine from bending, which enables you to lift heavier weights safely.

A weightlifting belt buttresses your belly so that when you take a deep breath of air “into your stomach,” your abs are pushed against the belt. This increases intra-abdominal pressure by ~15-to-40% beyond what you can achieve without a belt, boosting your performance on exercises like the squat and deadlift.

It’s difficult to quantify exactly how much a belt helps, but most weightlifters can expect to lift at least 5-to-10% more with a belt than without.

There are a couple of caveats to this rule, though:

In fact, for some people, wearing a belt may slightly increase their risk of injury, but not for the reasons many people think.

The reason for this is thanks to what’s known as the licensing effect: When people believe that a weightlifting belt bulletproofs them against injury, they may be more inclined to take risks in their training that they otherwise wouldn’t. More specifically, they use heavier weights than they can safely handle with good form and use sloppier technique than they would if they weren’t wearing a belt.

How to Wear a Weightlifting Belt

In order for a weightlifting belt to help you lift heavier weights, you need to wear it properly. Here’s how:

Three more important things to keep in mind when using a belt:

The two most important measurements to look at when buying a belt are its width and thickness:

I don’t recommend 2.5-inch belts or tapered belts (belts that are wider across the back than the front) for recreational weightlifters and people who follow strength training programs like Bigger Leaner Stronger or Thinner Leaner Stronger because they don’t offer enough support.

Remember that the purpose of a belt is to reinforce your abdomen so you can generate more pressure, and removing material from the front of the belt just makes it less effective at doing this.

The one situation where tapered belts might be worth using is when Olympic lifting, because they allow your upper body to move more freely during exercises like the clean and jerk and snatch.

Competitive powerlifters often use 13-millimeter belts because they live and die by how much weight they can lift, so they want their equipment to be as supportive as possible, even if it’s uncomfortable. Many competitive powerlifters are also gargantuan human beings who generate massive amounts of intra-abdominal pressure, so a thicker belt is appropriate.

Leather weightlifting belts are more rigid and durable than nylon belts and therefore offer more support. Some leather weightlifting belts are also finished with a layer of suede, which is naturally “anti-slip,” so the belt doesn’t move out of position as easily during a set. Leather belts also gradually mold to the shape of your body, making them more and more comfortable over time.

Some weightlifters (particularly CrossFitters) prefer nylon belts because they’re more comfortable and allow you to maneuver your torso and hips more freely during exercises such as cleans, jerks, and snatches. They’re also easy to put on and take off while moving quickly between exercises that require a belt and exercises that don’t.

Weightlifting belts fall into three main categories based on their buckle:

The downside of lever weightlifting belts is that if you want to alter the tightness, you have to use a screwdriver to reposition the buckle. This is inconvenient if you regularly change the tightness of your belt (if you want your belt to be tighter during squats than deadlifts, or if you sometimes like to wear heavier clothing that makes the belt fit more snugly, for example).

For most people, though, this is a non-issue since you only need to adjust the buckle once or twice per year (typically as your waistline expands or shrinks while bulking or cutting).

The main downside of prong weightlifting belts is they’re more annoying to take on and off, and weightlifters often have to hold the loose end of the belt around a squat rack with their hands and then lean away in order to get the belt tight enough, like this:

The upside of a prong weightlifting belt is that you can loosen or tighten the belt on the fly without any special tools.

Some Nutritionists Charge Hundreds of Dollars for This Diet “Hack” . . .

. . . and it’s yours for free. Take our 60-second quiz and learn exactly how many calories you should eat, what your “macros” should be, what foods are best for you, and more.

The 3 Best Belts for Weightlifting

This Inzer weightlifting belt is made in the USA from premium grade leather that’s rigid enough to offer excellent support but conforms to your body over time, so it gets more comfortable with use. It’s also finished with a layer of suede, so it doesn’t easily shift out of position during a set.

It’s reinforced with four rows of super durable nylon stitching, the edges are polished so it won’t snag your clothing or scrape your skin, and it features Inzer’s Forever Lever buckle, which is also protected with a lifetime warranty. Inzer also makes a 13-millimeter version if you want even more support.

Although they aren’t cheap, they’re reasonably priced compared to the other belts on this list, and you’ll know where your money went the first time you pick one up. You could run over one of these with a tank and it probably wouldn’t look any different.

If you’re a serious weightlifter, this is the belt I recommend.

The Best Belts Prime Cut belt sports a sleek and simple design, has a heavy-duty buckle and rivets, and a suede construction that makes it robust enough to withstand a lifetime’s worth of workouts.

At 12-to-13 millimeters thick, it’s the heaviest belt on this list, which means it’s also the most supportive. Its rigidity comes at a cost, though—you have to endure a long break-in period before this belt becomes comfortable. If that’s too much to bear, check out Best Belts’ Athlete belt. The Athlete is a bit less supportive than the Prime Cut, but it’s also considerably softer, making it a better option for people who are bothered by really stiff belts or who’d prefer their belt to arrive with that broken-in feeling.

This Pioneer weightlifting belt is made in the U.S. from vegetable tanned, full-grain sole leather, finished with garment suede, and features a patented single prong buckle that allows you to tighten the belt in half-inch increments instead of the one-inch increments that most belts have. This means you can be more exact with how tight you wear the belt so it’s comfortable, safe, and easy to put on and take off.

FAQ #1: What is a weightlifting belt for?

A weightlifting belt’s purpose is to help you lift heavier weights.

It does this by providing resistance to press your abs against while you perform exercises like the squat and deadlift, which increases the amount of pressure inside your abdomen.

Creating this intra-abdominal pressure is important because it stabilizes your torso and prevents your spine from bending, which translates into higher one-rep-maxes and more reps with any given weight.

Contrary to popular belief, a weightlifting belt probably doesn’t protect you from injury.

Most men who are following a strength training program that involves a lot of squatting, deadlifting, and other compound exercises (like my Bigger Leaner Stronger program) will probably prefer a leather weightlifting belt that’s 4 inches wide, 10 millimeters thick, and has either a lever or single-prong buckle.

That said, you should really try both and see what feels most comfortable, since it’s possible to have a short torso even if you’re relatively tall (making the 3-inch belt a better option) and vice versa.

Beyond that, it largely depends on your preferences, although most women will probably be happiest with a three-inch wide leather weightlifting belt that’s 10 millimeters thick, and that has either a lever or single-prong buckle.

FAQ #4: Should you buy a custom weightlifting belt?

Custom weightlifting belt manufacturers allow you to customize the width, thickness, and design of your belt, so you can create and buy a belt that matches your exact preferences.

For most people, though, I don’t recommend buying a custom weightlifting belt, as basically all manufacturers stock a wide variety of belt models in different sizes, widths, and thicknesses, and unlike your height, your waist size can also change over time (which would largely defeat the purpose of a perfectly tailored belt).

Technically speaking, there’s no such thing as an “Olympic weightlifting belt”—an athlete can use any belt they like provided it’s less than 12 centimeters wide (which is the only stipulation).

FAQ #6: What are a weightlifting belt’s benefits?

When used correctly, weightlifting belts help you lift heavier weights by making it easier to increase intra-abdominal pressure, which stabilizes your torso and prevents your spine from bending during exercises like the squat and deadlift. 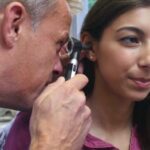 Previous Article How to protect your hearing all day long 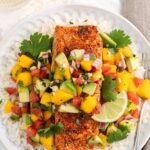 This arugula goat cheese salad recipe is great as a side salad or a main dish when topped with shrimp, chicken or salmon. My love […]

From pomegranate mules to an apple cider Aperol spritz, I’m sharing easy seasonal cocktails for Thanksgiving that you and your guests will love. ‘Tis the […]