That’s when he stopped weighing himself.

After diligently trying to lose fat for thirty years, Katey Caswell was still morbidly obese. She wondered, ‘Is anything ever going to work?’

This isn’t a story about three people who gave up.

Rather, it’s about three people who kept going—overcoming the nearly universal setbacks and challenges during major body transformations.

Not only did all three eventually lose 80-plus pounds apiece, but they also changed in other ways: Dom, Stephen, and Katey have all become certified health and nutrition coaches who now help others eat, move, and live better.

In this story, you’ll discover their top mindset strategies for persevering when fat loss feels impossible (or at least just very frustrating).

Caveat: Not every strategy will feel right for you.

Our suggestion: Read this story through the lens of your personal experience. Try what feels like a good fit and set aside anything that doesn’t.

1. Get to know the future you.

Before changing what you eat or how you move, consider this question:

What do you ACTUALLY want?

Likely, your goal just represents what you’re really after.

For example, you might associate being in a smaller body with more confidence, and being the type of person who takes on challenges and welcomes new experiences.

Spend time envisioning that whole person. (Not just the body.)

Take Coach Stephen. His vision took him back in time, to when he was athletic, energized, confident, and happy.

He wanted the leaner body he had back then, sure. But mostly, he wanted to return to that feeling of vitality.

For Coach Dom, the vision was about who he didn’t want to be.

He’d recently become a father, and a close friend had also died unexpectedly of a blood clot. Coach Dom wanted his son to grow up with his father in his life.

“I never wanted my son to see me in an unhealthy state,” he says.

These visions allowed Coaches Dom and Stephen to be more resolute as they made decisions like, “Should I skip my workout?” and “Should I supersize this?”

They asked themselves, “What would the future me decide?”

Now, more than a decade after losing over 100 pounds, Coach Dom still keeps a quote from Trevor Kashey, PhD, on his whiteboard:

“Having what you want is a side effect of being the person it takes to get it.”

How to envision the Future You

Imagine yourself a year or two into the future. You’re in the body you want.

Capture that vision in words (such as a destination postcard), pictures (such as a vision board), or in a video or audio message.

As your fat loss journey unfolds, periodically ask yourself:

▶ What can I do today in order to become the person I want to be tomorrow?

Maybe it’s eating breakfast instead of skipping it, drinking an extra glass of water, or taking two slow breaths before your first bite of dinner.

▶ Has my vision shifted?

You may find that your vision becomes your reality sooner than expected.

Long before you shed 50+ pounds, for example, you’ll likely experience more energy—and you’ll be able to do a lot of things that once seemed impossible.

When this happens, you have a couple options.

Some clients choose to re-envision their future selves. For example, if someone’s initial vision involved playing ball with their kids, their expanded vision might involve becoming an avid runner, hiker, or CrossFitter.

Others, however, realize that they’re already the person they want to be. They’re happy with that, even though they haven’t lost as much weight as they thought they would. That’s okay, too.

When your journey lasts that long, it can be difficult to keep your sights on the finish line, says Coach Dom.

By emphasizing your daily actions more than the final destination, however, you can break that months-long odyssey into several shorter, more attainable day trips like…

Another benefit: Your behavior is more within your control than your body size.

“By continually trying to take the best action possible, you increase the likelihood of the outcome you desire,” says Coach Dom.

To highlight your behavior successes, try the following.

“It’s so easy to focus on the negative,” says Coach Katey.

To stay confident and motivated, however, you want to shine a spotlight on what you’re doing well, she says. Chances are, you are changing more than you realize.

(BTW, our internal research shows: Doing a few things consistently is much more important than trying to do everything perfectly.)

Sometimes, you’ll feel as if you’re cruising on autopilot.

Other times, it might seem as if the entire world is here to sabotage your efforts to eat minimally-processed foods or hit the gym.

On top of that, some days you’ll feel super motivated. Other days you’ll crave ice cream for dinner and hours of quality time in your favorite recliner.

That’s why Coach Dom suggests you think of your effort like a dial. During easy stretches, you might keep the dial cranked, at a seven or higher.

During more challenging times, however, think about turning it down to something that feels more manageable.

By scaling your effort up and down based on what’s going on in your life, you’ll be able to go from an “all or nothing” mindset to an “always something” mindset, says Coach Dom.

The graphic below shows how you might dial physical activity up and down, based on life circumstances. You can customize each notch on the dial, based on your abilities and preferences. You can also create similar dials for nutrition, sleep, stress management, and any other behavior you’re trying to change. 3. Know what you’re not willing to live without.

There are going to be some foods and experiences that you don’t want to give up—as well as others that you’re just not willing to try.

YOU get to decide what changes you’re willing to make and maintain.

For example, at the beginning of his fat loss journey, Coach Stephen wasn’t willing to give up fast food.

He ate it every day, a couple times a day.

Because he loved it.

And it was convenient.

Rather than give it up, he set a very different challenge for himself:

Find a way to lose fat while still eating pizza, tacos, and burgers.

First, he downsized his meals—ordering fewer slices of pizza, fewer tacos, and smaller burgers and fries.

Eventually he made different choices altogether, such as getting baked potatoes instead of fries and grilled chicken sandwiches instead of burgers, as the graphic below shows. “I lost the first 40 pounds that way,” Coach Stephen says.

Over time, Coach Stephen was willing to make bigger changes, like cooking some of his meals at home.

His fast food burger turned into one made from lower fat beef. The refined bun became a whole grain one.

And he stacked it with lots of veggies.

“Rather than aiming for the best choices, all you really need to do is continually make slightly better choices,” says Coach Stephen.

To do that, consider these questions:

When you eat less and lose weight, you burn fewer calories, thanks to an annoying phenomenon called “metabolic adaptation.”

(Read more: Can eating too little damage your metabolism?)

That means it can become increasingly difficult to lose each subsequent pound.

For some people, that means weight loss might slow—maybe even stall.

If you started your weight loss journey with a specific scale weight in mind, plateaus can feel like getting stuck in standstill traffic.

That frustration, however, generally comes from putting too much emphasis on the outcome, says Coach Dom.

“When I was losing weight, I kept telling myself that the outcome would arrive if I did the work,” says Coach Dom.

“Rather than hit a specific weight, I tried to show up and do my best each day for a year. By shifting my goal to something I could totally control, I negated the feelings that used to come up for me when my body didn’t behave as expected.”

Remember the Future Me vision we told you about above? A plateau is a great time to revisit it.

Are you still making choices that align with what the Future You needs?

How consistently are you eating slowly until satisfied, exercising, and including whole foods? Has emotional or stress eating crept back into your life like an ex-lover? How about mindless calories?

Double down on skill building.

Each time, he shifted his focus away from what was out of his control (the scale) to what was within his control: his behavior.

“I got really focused on making small improvements and improving my skills,” he says. “Even when the scale wasn’t moving, I felt like I was improving in those other areas and that kept me focused and motivated.”

Consider: What additional skills might you add or expand?

For example, if you’re walking consistently, maybe you add strength training to your exercise routine. Or perhaps you lean into eating slowly and mindfully, seeing if you can stop eating when you feel just satisfied, even if there’s food left on your plate.

At some point, you may find you’ve embraced all of the skills you’re willing to embrace. Maybe you’re living your vision, too.

At the same time, maybe you haven’t reached the weight you initially thought you wanted.

Is that scale weight really the right weight—for YOU?

After all, many people’s “goal weights” are, well, a little arbitrary. Perhaps the number just sounded good to you. Or it’s what you weighed during a time in your life when you felt good (but not necessarily because of your weight).

It’s not a measure of your worth as a person.

Rather than judging yourself by a number, focus on your daily actions. Are you still doing your best to make healthier choices, most of the time? If so, that’s something to feel GREAT about.

Take a moment to celebrate your leaner, stronger, healthier body—and how it’s changed your life.

What can you accomplish with this body that you couldn’t before?

Chances are, it’s a lot—and that just might be enough.

If you’re a coach, or you want to be…

You can help people build nutrition and lifestyle habits that improve their physical and mental health, bolster their immunity, help them better manage stress, and get sustainable results. We’ll show you how.

If you’d like to learn more, consider the PN Level 1 Nutrition Coaching Certification. 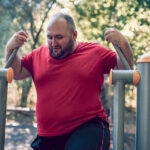 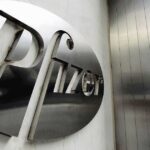 Does Chiropractic Work? What Science Says

Chiropractic treatment is a form of massage that involves applying pressure to your joints to “crack” them back into place. Chiropractic supporters believe aligning your […]

The Complete Guide to the 5:2 Diet

The 5:2 diet involves fasting two days per week and eating regularly for the remainder of the time.  According to some weight-loss “experts,” eating on […]

How to Do the Back Squat: Form, Benefits, and Alternatives

According to bodybuilding purists, if you’re not doing the back squat, you’re wrong. While you can make your legs “not small” with exercises like the […]

Hi there, and welcome to Muscle for Life. I’m Mike Matthews. Thank you for joining me today for another q and a episode where I […]