KANSAS CITY, Mo. – In March, after the lockout, Major League Baseball players learned of the mandate: To play in Canada against the Toronto Blue Jays this season, members of visiting teams had to be vaccinated against COVID-19.

Asked at the time about how they viewed the stipulation, one Royals player texted: “How about we cross that bridge when we get there?”

The club is traveling to Toronto this weekend. And Wednesday evening, after a 5-2 win against Detroit, manager Mike Matheny announced that 10 players would be placed on the restricted list – more than any other MLB team to this point.

Matheny read the names aloud from the postgame podium at Kauffman Stadium. He said a few coaches also would not be making the trip due to vaccination status, then provided his perspective.

“It’s an individual choice,” Matheny said. “The organization has done a real good job of bringing in professionals and experts to talk guys through tough conversations, then put it in their hands to make their decision that they believe is best for them and their family.”

Andrew Benintendi provided a statement: “For me, it was a personal decision. And I’m going to leave it at that.”

Inside the Royals clubhouse after Matheny’s news conference, many of the players on the restricted list explained their decisions. Their teammates, meanwhile, packed duffle bags for a flight to Toronto.

“It wasn’t something that was like, ‘Hey, I read Twitter and formed an opinion’ type of thing,” said Merrifield, who is the Royals’ Players Association representative. “I talked to a lot of people who have had experiences both ways. This wasn’t something that I took lightly. I had a really dear friend of mine die of COVID-19. A college friend. He passed away last fall. It’s something that I’ve taken seriously. “

Merrifield outlined his long-held hope that Canada would alter its mandate, but the country has not. Citing his belief that the vaccine is not foolproof, Merrifield described the circumstances as “unfortunate.” Dozier, a 30-year-old infielder / outfielder, missed games because of COVID-19 in 2020. Speaking about his decision, he acknowledged he “doesn’t do any vaccines” but said he’s “not against vaccines.”

“I live a healthy lifestyle,” he said. “I work out. I want my body to naturally fight stuff off. ”

Melendez, a catcher, said he and his family decided not to get vaccinated for COVID-19 “a while back.” Coleman, a right-handed pitcher, said his decision lay in his opinion that the vaccine “felt rushed.” He also described his stance as a “personal opinion,” a phrase echoed by other Royals on the restricted list.

“I think it just comes down to a personal decision,” Keller said.

“For me, it was a personal decision,” Benintendi said in a prepared statement. “And I’m going to leave it at that.”

According to the Centers for Disease Control and Prevention (CDC), 83.2 percent of the US population over the age of 5 has received at least one dose of the vaccine. The CDC says that in December, unvaccinated adults were 3.2 times more likely to test positive for COVID-19 than people who were fully vaccinated with a booster dose and were 41 times more likely to die from it.

All 10 players will forfeit four games of service time and pay. In their absence, the Royals will rely on players from the Triple-A Omaha Storm Chasers roster, likely including several prospects who will be making their major-league debuts. The Royals have yet to name the players who will be on hand in Toronto, but one source said some of those replacements traveled to Kansas City earlier this week.

Some of those players have been preparing locally at the Kansas City Urban Youth Academy. This was part of a strategy that the Royals have pondered for more than a month. On Wednesday, Royals president of baseball operations Dayton Moore said multiple front-office executives have prepared for this circumstance and that the organization’s medical personnel has educated the organization on the benefits of the COVID-19 vaccine.

Coleman, specifically, referenced the organization’s leadership in his explanation.

“It’s been really cool to see how they’re handling it,” Coleman said. “Where it’s not, like, forcing it. Knowing we all have our own opinion. ”

“Our guys have done an incredible job for the last year and a half – our medical team, our coaching staff, our front-office personnel – of doing our best to educate everybody in our organization and provide them with the necessary guidance, giving them the proper amount of space and grace along the way to make very informed decisions, ”Moore said. “At the end of the day, it’s their choice. It’s what they decide to do.

“And we’ve always been an organization that promotes and encourages individual choices. Unfortunately, some of this affects the team. We’re disappointed in some of that, but we realize it’s part of the game and part of the world we live in. We’re just really looking forward to providing these players an opportunity who are getting a chance to play in Toronto. ”

Multiple opposing scouts were attentive to Wednesday’s news, especially those aware of the trade deadline. If the mandate stands, players participating in a playoff series in Toronto would have to be vaccinated, disqualifying trade targets such as Taylor, Merrifield and Benintendi. Taylor was not available for comment. Benintendi did not expand on his statement. And Merrifield, discussing his decision not to get compromised, said his desire to compete in the playoffs could propel him to reconsider.

“As we sit here right now,” Merrifield said, “I’m comfortable with my decision. My teammates support me and the rest of the guys in here who have made that same decision. And that’s that. ” 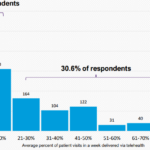 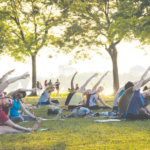 Big Eyes to Revolutionize the Meme Token Culture – Will Its NFT Project Succeed like Those of Shiba Inu and Flow?

Revolutionary cryptos seek to do more than the norm to stay relevant in the cryptocurrency market. Particularly, for cryptocurrency projects in the meme coin sector, […]

A cryptocurrency is an alternative form of money that can be used instead of more traditional forms of payment. Since the emergence of Bitcoin (BTC), […]

SINGAPORE, July 19, 2022 /PRNewswire/ — For the second year now, the TTI Global Impact Awards celebrate the cutting edge advancements made in the sustainability […]