I try not to be a total sucker for aesthetics, but on an early March trip to Chicago for my favorite kitchenware convention, I wasn’t the only one ogling Le Creuset’s latest. In the center of the French manufacturer’s booth stood a podium with its new offering, along with a little sign asking passersby to refrain from sharing photos of it on social media, which was like asking felines to stay out of a field of catnip. By the time I got there, the PR guy had given up on enforcement.

This was Le Creuset’s new Bread Oven, custom made for the circular domed loaves of bread known as boules that all of your friends who wouldn’t shut up about the sourdough they were making during Covid lockdown are going to go nuts for.

The Oven is made up of a bottom “pan” that’s 9-¼ inches across at the top and curves down to the pan floor to snuggle your dough. The top is a cloche — a gold-handled dome that creates the sealed environment where dough becomes bread. Top and bottom, the interior of the enamel-coated cast-iron is black and the exterior comes in the Le Creuset colors that make us swoon (Bonjour, Cerise! Hey, Marseille!) Put your dough in and put the whole thing in your hot oven and everything about the Bread Oven is designed to send your dough rising towards the heavens and create a pillowy interior known as the crumb, along with a crispy, chewy crust. The Bread Oven is a showpiece for beautiful bread.

Funny thing, though, there’s already a well-established king of the category, the Lodge Combo Cooker, and while the Bread Oven costs $ 290, the Lodge currently costs about one-sixth as much. Or you could buy neither and just use the Dutch oven you might already own, which would still make great bread.

I got out the recipe for my go-to boule, the “no-knead” loaf popularized in the late 2000s by New York City baker Jim Lahey with help from food writer Mark Bittman. A lazy-bones’ special, you stir together flour, salt, yeast, and water and, instead of kneading it, you just let it proof on your counter overnight. The next day, you form the boule, let it proof for another hour or two, and it’s ready to bake. For speed and precision, I use Modernist Bread’s version, a weight-based recipe that yields a 1-kilo loaf.

One boule into testing, it was apparent that the Bread Oven delivers with élan. The bread’s crust sang its crackly melody when it came out of the oven to cool, the crumb had a lovely springiness and pleasant chewiness to it, the “holes” inside were small and evenly spaced out, and the taste was pretty divine. I liked that the cast-iron oven itself was relatively light and maneuverable. I also loved the theatricality of lifting off the lid like a tuxedoed waiter at a fancy restaurant. The oven was clearly fantastic at its job, yet it still seems functionally identical to the Combo Cooker.

Both the Bread Oven and Combo Cooker work well for a couple of reasons. An “oven” or “cooker” made for baking bread provides incredibly even heat, smoothing any out heat fluctuations in your home oven. The heavy lid shuts tight to form a seal, creating a little steam oven where the increased moisture improves the heat transfer and helps the dough stretch as it rises. And, while cast iron might have been my grandma’s favorite pan material, this just shows what a sharp cookie she was.

For head-to-head testing with the Lodge, I went straight to the guy who helped me figure out just about everything in that last paragraph, Francisco Migoya, the coauthor of Modernist Bread, Modernist Pizza, and Modernist’s forthcoming tome on pastry. He was the one who had turned me on to the Combo Cooker, so I was curious to get his take on the Bread Oven.

When I arrived in the Modernist Cuisine kitchen, Migoya had four loaves of sourdough he’d just baked set out on a cooling rack, two artfully scored beauties from the Le Creuset and two from the Lodge, which immediately reminded me that I hadn’t had enough breakfast. Even up close, it was difficult to differentiate between the loaves. Migoya cut into one of each loaf and we examined the cross sections.

“No noticeable difference,” he proclaimed, and for as long as we stared at them we really couldn’t find much to set them apart. Even the thickness of the crusts matched. He cut pieces off for some taste testing and — surprise! —They might as well have been from the same loaf. 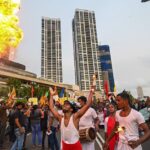 How to Give macOS Quick Look New Powers

Apple says more its software and magic. Quick Look really. You can, while browsing files on your Mac, hit the spacebar to view a preview. […]

There is a lot to consider when you are shopping for an outdoor security camera. It can be tough to determine which features you need, […]

Snap is mostly known for its sticky social network consisting of fleeting messages and legitimately impressive augmented reality filters. But every so often Snap, which […]

I had been riding the Synapse for a week before it happened. I was about to approach a stop light when suddenly, the dreaded red […]