Applying for Medicaid or Children’s Health Insurance Program benefits would become much easier under a proposed rule the Centers for Medicare and Medicaid Services published Wednesday.

The draft regulation includes several policies that would ease access to the low-income health programs, such as limiting eligibility checks to once every 12 months, requiring renewal forms to be pre-populated with certain information and establishing consistent processes across states. The plan also includes measures to help qualified beneficiaries remain on the programs from year to year.

“This proposed rule will ensure that these individuals and families, often from underserved communities, can access the healthcare and coverage to which they are entitled—a foundational principle of health equity,” CMS Administrator Chiquita Brooks-LaSure said in a news release.

Nearly 89 million people were enrolled in Medicaid or CHIP as of May, the most recent CMS data shows. These two programs combine to cover 51% of US children, according to a CMS news release.

States must maintain their Medicaid rolls in order to receive extra federal funding during the ongoing COVID-19 public health emergency. After that expires, states are free to resume eligibility redeterminations and remove people who no longer qualify. The emergency designation is set to expire in October but will likely be extended at least once into mid-January.

Approximately 15 million people will lose coverage when the public health emergency ends, the Department of Health and Human Services projects. In addition, HHS expects that approximately 6.8 million who are still eligible will lose coverage because of administrative roadblocks. Children, young adults, and Black and Latino beneficiaries are more vulnerable to losing benefits than other groups, according to HHS.

CMS has been working with states on more immediate strategies to prepare for Medicaid redeterminations, a senior CMS official said on a call with reporters.

The new rule seeks to improve retention of Medicaid and CHIP for people who qualify for reasons other than income. The new policy also would require most eligibility renewals to happen no more than once every 12 months, eliminate mandatory in-person interviews and limit questions about changes in beneficiaries’ circumstances.

CMS would direct states to check available data before terminating benefits when enrollees cannot be reached, allow enrollees adequate time to submit necessary documentation and create processes for transitioning people between Medicaid and CHIP even without responses to information requests.

The agency proposes scrapping a rule that certain people must apply for other benefit programs before seeking Medicaid coverage. A 1978 policy requires people to apply for other federal benefits in order to qualify for Medicaid, but the program has changed significantly in the years since, a senior CMS official said.

The agency also wants to facilitate new enrollment with policies such as allowing states to deduct certain projected medical expenses from applicants’ incomes when determining eligibility.

The rule would define the eligibility information and documentation states must maintain, apply timeliness standards to renewals and applications, and propose renewal timelines for states.

Some states have also been looking for ways to improve Medicaid enrollment and retention. Oregon, for example, asked CMS for permission to let enrollees remain enrolled for two years without eligibility redeterminations. 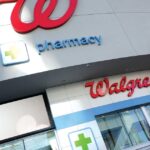 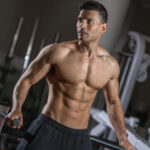 Nikiesha Barnett had knee surgery in 2006 and took unpaid leave from her job as a Georgia hospital coordinator while she was recovering. When Barnett […]