NEW BEDFORD — After she and her husband had their daughter about a year ago, Ali McGrath wanted to get back into her running routine plus add in some strength training. But when it came to joining a gym or hiring a personal trainer, she had some reservations relative to the fitness industry’s traditional business models.

“I was looking to get back into working out and I really wanted to lose the rest of my baby weight that I was finding hard to lose on my own, but given the current climate and having a small child at home, I was nervous about going back to the gym,” she said.

A Princeton resident currently residing in Cape Cod for the summer, McGrath says she found her workout solution in Agile Fitness. Owned by New Bedford resident Jason Cotsoridis, the business — which began operating in March — offers the capabilities of a full-scale gym, but on wheels.

Contained entirely within a custom-built trailer designed to travel to where clients are, the Agile Fitness mobile gym can be utilized with all of its panels opened up for an outdoor, open-air workout experience, or as an enclosed space complete with heat and air-conditioning.

“It’s really nice,” McGrath said, noting having started with Agile Fitness’ services in April. “I particularly enjoy working outside, so that has been a real added bonus for me. And I like that I didn’t have to worry about anything in terms of having a trainer come to my house and then not having all the equipment they expect me to have.”

‘That was going to be my story’: Making the leap into business

“I’m not familiar with anybody doing this,” said Cotsoridis, noting he’s come across similar gym businesses with a mobility component, but, to his knowledge, none that are quite as versatile as Agile Fitness.

But before starting a family, moving to New Bedford and embarking on a journey to be an innovator in the fitness industry, Cotsoridis says he’d long assumed the career aspect of his life was pretty much mapped out.

“I had only ever been a teacher my entire life,” Cotsoridis said of his background in education at Ella T. Grasso Southeastern Technical High School in Groton, Connecticut, where he taught US history, intro to law and also coached for 20 years. “I got my position right out of college, and I figured I was going to be a career teacher like they used to do — back when the old-school teachers would find a job, stay there for 40 years, get the gold watch and retire.

But after marrying his wife, Christina — an employee of the city of New Bedford — and the birth of their now 2-year-old son Magnus, a convergence of circumstances led the couple to move from Charlestown, Rhode Island, to the Whaling City , where Agile Fitness was brought to fruition.

“When COVID hit, my son was still a newborn and it wasn’t a safe situation for my family, so I knew I needed a new career,” Cotsoridis said, noting his course load at the time had him teaching nearly 200 students. “And with my wife’s job, there was a residency requirement taking effect for her to live in New Bedford, so we landed here.”

When it came to career-change considerations, Cotsoridis said his thought-process gravitated towards his side gigs as a personal trainer and karate instructor, as well as coaching. However, not being fully satisfied with the idea of ​​merging onto a different path, he decided instead to create one of his own.

“During the pandemic, a lot of personal trainers were going to people’s driveways, working out of people’s garages and trying to find a way to make it work, and I just felt like I could do it better,” he said. “So my wife and I sat down and started talking about things like, what does that mean? What does that look like? And then this concept was born.”

‘No room for error’: How these local restaurants are navigating inflation in food prices

“It was terrifying — absolutely terrifying,” Cotsoridis said of the decision to leap into entrepreneurship. But now, after about five months in business, he says following his vision seems to be paying off, as momentum around Agile Fitness picks up and the vision for it evolves.

Since starting out, Cotsoridis says Agile Fitness has opened up an additional realm of opportunity working with companies to keep employees feeling — and working — their best.

“I’ve been branching out, working with corporations and human resource departments in various businesses to bring them things like HIIT classes (high intensity interval training), half-hour cardio trainings, yoga in the mornings, and things like that,” he said, noting workout opportunities in these types of arrangements are typically offered at business sites in the morning before work, during lunch break, or just after the workday.

And, thanks to an approval from health insurance company Blue Cross Blue Shield, those who seize these opportunities often do so at no cost.

“It’s a way to try to keep their membership healthy and out of the doctor’s office, so they’re really pushing for a healthier lifestyle and reimbursing businesses or individuals who are training,” Cotsoridis said, noting exercise has been proven to increase energy levels in the early morning, as well as alleviate the infamous post-lunch 2 pm workday crash. “That research has become so widely accepted that companies are even doing things like offering their staff the chance to workout on their lunch break and take an extra 15 minutes to clean up and grab a snack before getting back to their work station.”

When it comes to the challenges of his business model, Cotsoridis says the biggest ones have to do with the transportation of the 16,000-pound trailer and additional 4,200 pounds of gym equipment contained within.

“Gas prices have been one of the biggest challenges for this business — and I have to drive this really slow,” he said, noting he had to buy a new, more powerful pickup truck than his previous one in order to tow the trailer. “I have one client in Canton — that’s as far north as I go — and I go as far west as Swansea.”

As for the outlook of Agile Fitness, Cotsoridis says he can see a potential future that includes additional trainers on staff and maybe even more trailers stationed at different locations. But those hopes of business growth are not solely for the business’s sake.

“If there’s an event that’s going on Saturday afternoon, and that’s family time that I’ve already dedicated, now I’ve got a difficult choice to make: Do I do something to move the business forward, or do I focus on what is most important — staying home with the family?” Cotsoridis said. “So with more staff, those decisions become easier, and then — provided it all works out — there maybe comes additional locations with other trailers.”

In the meantime, Cotsoridis says he feels fortunate to have relocated to New Bedford for the start of Agile Fitness. “When I left my job, my wife’s residency was kicking in in six months, so we quickly snatched this place up and moved to New Bedford and it’s been all positive,” he said, noting having benefited from entrepreneurial resources in the city like Groundworks and EforAll. “I wasn’t aware of the giant renaissance New Bedford was going through, but … the entire city has such an energy to it — you just feel it in the air that there are things happening, and changing, and moving.”

As for McGrath — who, like Cotsoridis, also has her professional background in the education field — she says she hopes she is able to make an arrangement that will allow her to continue working out with Agile Fitness even after she returns to Princeton for the fall . “This has worked out really well for us,” she said. “I don’t foresee myself going back to a standard gym.” 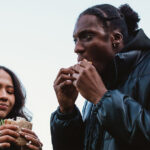 Previous Article Eating Only in Daytime Helps With Type 2 Diabetes 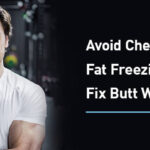 Other Names, Uses, What to Expect

Diet Starts Monday and Saucony have teamed up to produce their first sneaker collaboration, debuting exclusively at Cncpts in Boston on May 14, followed by […]

Hello and welcome to another edition of the Lounge Fitness roundup. Every Saturday, we bring you a selection of stories that have been published in […]