Oscar Health will exit Colorado and Arkansas in its push towards profitability, company executives said during its first-quarter earnings call.

The insurtech does not expect the move to have a “significant or even close to material effect” on its profits for the year, Chief Financial Officer Scott Blackley said during the call.

Oscar Health offered individual exchange plans in Arkansas for the first time in 2022. At the end of 2021, it counted 2,865 members in Colorado, or less than 1% of its total enrollees.

The decision was made in response to a slew of local regulatory changes, as a means to reduce the company’s reporting burden and because the company failed to attract members in those states, CEO Mario Schlosser said during the call.

“We did not get the scale there and did not see a great right to win,” Schlosser said during the call.

Oscar Health did not immediately respond to an interview request about what regulatory changes its executives were referring to.

The announcement comes as the insurtech continues to aim for profitability by its insurance arm by next year.

During the first-quarter, Oscar Health reported a net loss of $ 77.3 million, a decrease from $ 88.1 million during the same period last year. The company more than doubled its year-over-year revenue to $ 972.7 million.

The company’s membership grew to more than 1 million enrollees. One in every 13 members who purchase coverage on the exchange is insured through an Oscar Health plan, the company said.

It’s not the only insurtech downsizing its geographic footprint. In April, rival Bright Health Group announced it was exiting six states and ending its employer business, in a move to stabilize its finances. 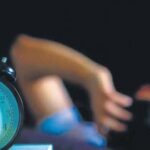 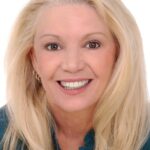 Next Article Pisces: Pay attention to detail and make changes if necessary. Don’t let someone confuse you with information that isn’t verified.