CEO Chris Rondeau said that during the recent pandemic years, “we’ve learned to be nimble and resilient.”

The news comes about a week after Olympus Partnersa private equity firm, bought one of Planet Fitness’ franchises for $ 675 million.

But the first quarter could hardly be considered a consolidation. In January, Planet Fitness purchased more than 100 locations of Sunshine Fitness for a total of $ 800 million. It also opened 37 stores during the first quarter, bringing its total to 2,291.

Planet Fitness is reporting high expectations for the rest of the fiscal year, starting with a projected total revenue increase between 50% and 60%.

It also reports that adjusted net income could increase as much as 90%. 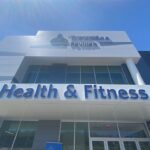 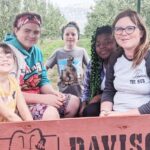 Hello and welcome to another edition of the Lounge Fitness roundup. Every Saturday, we bring you a selection of fitness stories that you may have […]