PlayStation Plus Is Changing. Here’s What You Need to Know


Aside from the cumbersome names, this is a welcome simplification of Sony’s offerings. But it’s not without shortcomings. Some games are only available via streaming, which is something you’ll have to factor in when deciding which tier to go with. If you do not have a really good internet connection, or have restrictive data caps, you might not get as much value out of that tier.

What Do I Need to Do?

Changes to this service will start to roll out in Asian markets in June, with North America and Europe following shortly thereafter, so you’ve got time to consider your options.

PlayStation Now subscribers will be migrated over to PlayStation Plus Premium, but crucially, their price won’t increase immediately at launch. Existing subscribers will be able to keep the PS Plus Premium for as long as they’ve already paid for without spending an extra dime. If you purchased your subscription quarterly or even yearly, you’ll get a number of months on the Premium tier for no additional cost.

If you thought this would be a good time to stock up on PlayStation Now months, Sony thought ahead on that one. Only monthly subscriptions are available on the company’s store, and Sony’s have been pulling gift cards for PlayStation Now (which included 12-month cards) from retailers since January. If you lucked something having one sitting around, though, maybe wait a little while to redeem it.

Will New Sony Games Go Straight to PS Plus?

While most of Sony’s subscription looks similar to the Xbox Game Pass, one key difference could be a dealbreaker for some. Microsoft adds Xbox Game Studios games to Game Pass on day one of their release, but Sony won’t be taking that approach. That might not sound like a huge deal, but it could be the difference of potentially hundreds of dollars a year.

For example, when Halo Infinite dropped, it cost $ 60 to buy separately, but for Game Pass subscribers, it just showed up in their library. However, even players who subscribe to PlayStation Plus Premium will have to pay $ 70 for Horizon Forbidden West. Since the annual subscription for even the highest tier of PS Plus is only $ 120, that could be a substantial price difference, depending on how many new games you play every month.

This means the value of the higher tiers of PS Plus will depend pretty heavily on what games are included in their respective libraries. While 400+, or even 700+ games sounds like a lot, if you still have to shell out $ 70 for the one game you really want to play, it might not be as worthwhile. 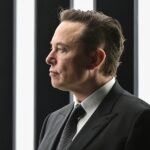 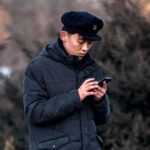 I try not to be a total sucker for aesthetics, but on an early March trip to Chicago for my favorite kitchenware convention, I wasn’t […]

He created an indigenous digital currency system. The dream is still alive.

From the outset, Harris set aside 10 million coins as a reserve for a Lakota development fund. Apart from the reserve, little sets MazaCoin apart […]