The Queen is celebrating her Platinum Jubilee this year and the people of Leicester are putting on a high physical activity-based show in her honor. The show is called Dance for the Queen, which is taking place in Jubilee Square in Leicester on June 1, in honor of the Platinum Jubilee. Rosemary Conley CBE has helped to put the show together and spoke exclusively to Express.co.uk about her experiences meeting Prince Charles and the Royal Family’s good example for fitness.

She said: “Horse riding at the Royal Family’s level that they do is so impressive, and I think the fact that the Queen still rides is incredible.

“It is quite extraordinary that she has ridden all of her life and that she has two members of her family who have been to the Olympics.

READ MORE: Woman who was ‘eating herself to death’ shed 20st – here’s how

She said: “I was presented with my CBE by Prince Charles ‘for services to the fitness and diet industries’.

“As we chatted, I said to him, ‘If everybody was as active as you are, we wouldn’t have an obesity crisis in this country.’ We had quite a discussion about it. ”

Rosemary expanded on the Royal Family’s great examples for staying fit and healthy.

She said: “They are very fit and active. I was amazed that on the occasion of the Queen’s 90th birthday celebrations she walked down all those steps in St Paul’s Cathedral without holding on to anything and then later, stepped out of her carriage totally unassisted! I will never forget how astounded I was at her strength and sense of balance to be able to do that at such a great age!

“We need to stop this awful habit of eating snacks between meals and high-fat snacks, whether it be cakes, biscuits, crisps or savory nibbles. They are the thing that is causing the obesity crisis rather than the meals themselves.

“Of course, the other issue for causing obesity is the fact that people basically send for too many takeaways, there’s a fashion towards that and I think one of the good things that came out of the pandemic is that people couldn’t go out and they had to actually cook at home.

“Not only did they find that they didn’t spend as much money but they actually enjoyed it and found that they could eat healthily by doing it themselves and it doesn’t have to be expensive.

“Exercise is good for our brain, it’s good for our mental health and also eating whole foods like whole-grain bread, vegetables, high fiber cereals, basmati rice, pasta, and fruit in moderation (because people sometimes graze on fruit and we shouldn ‘t do that either). But having lots of vegetables is so good for our gut and if we have a healthy gut then we will have healthier mental health. ”

Rosemary’s autobiography as a diet and fitness expert, ‘Through Thick and Thin’, is coming out on August 18 this year and you can pre-order a copy here. 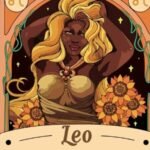 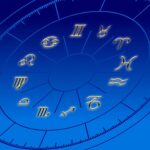 Next Article Know your luck for this week

Fitness Corner: The measure of my mother

As a daughter, there were always three sure things in my life. Death, taxes and the deep, passionate love my parents have always had for […]

BEACHWOOD, Ohio — The recently opened Fitness Court, an outdoor gym that provides a variety of exercise stations for those seeking improved fitness, has become […]