Since last summer, a start-up in beta mode has been soliciting volunteers to take part in 55-minute sessions called “gathers,” where strangers discuss their deepest hopes and fears. The fledgling company, Peoplehood, is led by entrepreneurs Elizabeth Cutler and Julie Rice, who combined sweat and spirituality in their last venture, the high-end fitness chain SoulCycle.

So far nearly a thousand people have taken part, Ms. Cutler and Ms. Rice said. On a recent night I was one of about 20 volunteers who logged on to a remote session moderated by Shamicka Jones, an actress, dancer and model who, in Peoplehood-speak, is a “superconnector.”

Wearing a sweatshirt with “PPLHD” across the front, Ms. Jones had an infectiously upbeat presence. After leading us through a series of breathing exercises, she introduced the topic of the day: uncertainty.

Before the discussion got underway, she set the ground rules. If you were not the person speaking, you were supposed to listen actively, without interrupting. To express support for a speaker, you were to use one of three responses: snapping; placing your hands over your heart; or raising your hands, palms facing the screen.

Ms. Jones then gave us a discussion prompt: “But how I am really feeling is blank. ” To fill in the blank, group members expressed their anxieties about the war in Ukraine, the lingering effects of the pandemic and the return to a pre-2020 work setup. During this portion of the gathering, which took about 20 minutes, I was trying to be a good Peoplehood person. I snapped. I placed my hands over my heart. At one point, while trying to juggle active listening and coming up with the correct response, I accidentally did jazz hands.

Next, we were separated into pairs. Each person was instructed to speak for three minutes, uninterrupted. The prompt this time: What keeps you up at night? Once we had all shared our 3 am anxieties with a stranger, we were each given a new partner for another prompt: Name something you’re looking forward to.

Six minutes later, we returned to the full group to share our reflections. Then we did some light stretching to the strains of soothing music. Class dismissed.

Ms. Cutler and Ms. Rice see Peoplehood as a natural successor to SoulCycle, which became a phenomenon because it made its customers feel as if they were sculpting not just their bodies but their selves. The chain’s devotees wear SoulCycle gear as they pedal in unison on stationary bikes in candlelit rooms under the tutelage of guru-like instructors who shout out messages of empowerment.

“What Elizabeth and I found at SoulCycle was that people came because they thought they wanted to get in better shape,” Ms. Rice said in an interview. “But, ultimately, what they found in those rooms was a connection. We quickly learned the product we were selling was a connection with other people. ”

“A decade later,” she continued, “we realized that the connection should be its own product. We are modern medicine for the epidemic loneliness. ”

Before the first SoulCycle class in 2006, Ms. Rice was a talent manager at a company whose clients included Will Smith and Jennifer Lopez; Ms. Cutler worked as a real estate agent and Jin Shin Jyutsu acupressure practitioner. They met in Manhattan, where they were married mothers of young children.

They shared a common frustration at the time: most gyms struck them as uninspiring, even unpleasant. Along with Ruth Zukerman, a third founder who left SoulCycle in 2009, they hatched the idea for a fitness class as a bonding experience. It would also be chic, with instructors who were “more like spiritual gurus” than “drill camp sergeants,” as Ms. Cutler described the original vision in a 2018 interview.

The first location was a former dance studio tucked behind the lobby of an Upper West Side apartment building. SoulCycle soon became a much-talked-about chain. In 2011, the luxury fitness company Equinox swooped in and bought a majority stake. Before leaving their active roles in the company in 2016, Ms. Rice and Ms. Cutler received paydays of $ 90 million each. Now, with Peoplehood, they’re back in start-up mode.

“We are thinking about how we put this in the zeitgeist in a way that makes it joyful and uplifting and meaningful, and also creates a brand around it that makes it cool to work on your relationships,” Ms. Rice said.

The headquarters are in a three-story building, now under renovation, in Manhattan’s Flatiron district. On one wall, a message reads: “Confidentiality is a promise we make to each other. What is said in the room, stays in the room. ”

Ms. Cutler and Ms. Rice will also sell Peoplehood merchandise, including prayer candles, caps, tote bags and sweatshirts. They declined to say what the cost of a session will be or how much money they have gotten from investors in a recent fund-raising round.

Marketing materials shared with investors are peppered with gung-ho spiritual speak and start-up jargon, including references to Peoplehood’s “digital and physical sanctuaries” and the two founders’ “superpower” of “finding, training and managing connection rock stars to scale human experience. ”

The germ for the idea of ​​Peoplehood came along early in the SoulCycle days, when Ms. Cutler woke up filled with anxiety about her new life as an executive and entrepreneur. Fumbling with her phone in the dark, she did a Google search for “life coach.” Within a week, she and Ms. Rice started meeting regularly with Meredith Haberfeld, who runs a coaching and leadership development firm.

“Once I gave them the idea of ​​not having a lumpy carpet where things get swept under the rug,” said Ms. Haberfeld, who is now a Peoplehood adviser, “they were deeply committed to having the kind of relationship with each other marked by transparency, personal responsibility, accountability and real conversations.”

Spin forward to 2019. Ms. Cutler was investing in start-ups and advising entrepreneurs. Ms. Rice was the chief brand officer at WeWork, reporting to Adam Neumann, a role in which she came up with the “Made by We” slogan. Ms. Rice left WeWork after two years, around the time of the company’s public implosion. (She is an inspiration for the Elishia Kennedy character, played by America Ferrera, on the Apple TV + series “WeCrashed.”)

Ms. Cutler and Ms. Rice had become concerned about the state of discourse in America – not just on social media, but at the dinner table – and they started hashing out their next big thing in earnest. When the pandemic hit, they consulted with scientists, psychologists, spiritual leaders and therapists to develop the gathers. Last summer, they recruited friends (and friends of friends) to attend the first Peoplehood sessions.

“It’s a little woo-woo, and I really have felt an impact in a very positive way,” said Julio Alvarez, a 34-year-old tech industry leadership coach who participated in pilot classes. “The pausing, the breathing, the listening, the sharing – that is what we need more of in this world.”

Carolyn Cary, 60, a friend of Ms. Cutler’s who lives in Carrollton, Ga., Has attended both types of gathers offered by the company – sessions for individuals, like the one I attended, and those meant for couples. “It’s like yoga for the mind, and I need that,” she said.

Not everyone is sold on the idea. Jerrold Shapiro, who teaches would-be therapists as a professor of counseling psychology at Santa Clara University in California, warned of the dangers inherent in support groups led by people who are not trained to screen and lead group therapy participants.

“I can’t tell you how complex and intricate being a group therapist is,” Dr. Shapiro said. He added that, in his view, a company that offers classes similar to group therapy sessions that are not led by mental health professionals would be “pushing boundaries, which, from a professional standpoint, is scary.”

Asked about that issue, Ms. Rice said that Peoplehood is not meant to replace the work of psychologists and psychiatrists. “It feels therapeutic, but it’s not therapy,” she said. “It’s vitamins, not medicine.”

“We put our guides through a very thorough training process,” she continued. “They attend many days of training, and they practice many weeks before they are put on the schedule. They continue to be audited and have additional training each and every week. ”

Ms. Jones, the leader of the session I attended, said she had benefited from Peoplehood training. “I thought I was a good listener,” she said, “but I found out I was trash. The reality is, How often do you have time to just let your thoughts unfold before someone else weighs in? ”

The selling of spirituality and personal fulfillment outside houses of worship and therapists’ offices is nothing new in American life, said the historian Natalia Petrzela, an associate professor at the New School who has studied cultural movements. A century after the 19th-century transcendentalists argued for the betterment of humankind through communion with nature, the cleric Norman Vincent Peale took a gospel of positivity to secular audiences through his best seller “The Power of Positive Thinking.” As part of the rapid social change of the late 1960s, idealists in rebellion against rat-race materialism joined communes and encounter groups.

In the next decade came the rise of Erhard Seminars Training, known as EST, a program fronted by the self-improvement guru Werner Erhard. EST participants tried to free themselves from old patterns at rigorous 60-hour seminars. Amid criticism of the movement and its leaders, EST splintered in the 1980s. Nevertheless, Mr. Erhard helped spawn an industry of authors, motivational speakers, spiritualists and TV hosts who promised answers to existential questions and offered solutions to the ills of modern life.

Tara Isabella Burton, who studied the “religiously unaffiliated” in her 2020 book, “Strange Rites: New Religions for a Godless World,” has written that many people who have lost trust in institutions will put their faith in Instagram influencers specializing in self- care. A center devoted to self-improvement and community – expertly marketed and built on the model of a high-end fitness chain – could find a large audience, she said.

“Peoplehood sounds like a natural culmination of how we think about spirituality and commerce in 2022,” Ms. Burton said.

The author Amanda Montell, who argued that SoulCycle played a “churchly role” in the lives of its customers in her 2021 book, “Cultish: The Language of Fanaticism,” said she was skeptical of the company in the works from Ms. Cutler and Ms. Rice.

Ms. Cutler and Ms. Rice are hoping that Peoplehood will become a regular part of their customers’ lives, teaching them in the ways of what they call “relational fitness.”

“What we’re doing here is really using a lot of that SoulCycle playbook to help people connect with themselves and with each other,” Ms. Cutler said. 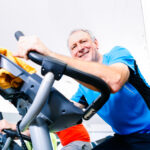 Previous Article The #1 Cardio Workout To Speed Up Belly Fat Loss In Your 60s, Trainer Says — Eat This Not That 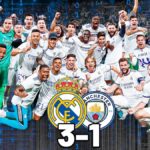