The Supreme Court on Friday dealt with a blow to safety-net hospitals’ Medicare rate calculation.

The high court resolved a years-long fight between the Health and Human Services Department and the hospital industry by ruling the agency appropriately interpreted Medicare law when it changed a formula for calculating safety-net payments in 2005.

Hospitals won’t lose money from the ruling, but they also won’t gain extra funds they argued they’re entitled to, said Allison Hoffman, a law professor at the University of Pennsylvania.

The 5-4 decision, authored by Justice Elena Kagan, reverses a decision from the US Court of Appeals for the 9th Circuit.

“HHS’s regulation correctly construes the statutory language at issue. The ordinary meaning of the fraction descriptions, as is obvious to any ordinary reader, does not exactly leap off the page …. The text and context support the agency’s reading: HHS has interpreted the words in those provisions to mean just what they mean throughout the Medicare statute, “Kagan wrote.

“[T]he point of the statute is not to pay hospitals the most money possible; it is to compensate them for serving a disproportionate share of low-income patients, “Kagan wrote.

Justice Brett Kavanaugh wrote a dissenting opinion, joined by Justices Samuel Alito and Neil Gorsuch as well as Chief Justice John Roberts. HHS did not interpret the statute correctly when it changed the formula, and the agency presumably made the change in an effort to save money, they wrote.

Disproportionate share hospital payments offset costs for hospitals that treat large numbers of low-income patients. DSH payments are determined by a complex equation that measures how many of a hospital’s patients are eligible for Medicaid, but not Medicare, and how many are entitled to both Medicare Part A and Supplemental Security Income benefits from Social Security.

The Centers for Medicare and Medicaid Services decided the Medicare component of the formula should include the patient days of anyone enrolled in Medicare Part A, regardless of whether the program paid for or covered services provided during those days. This change resulted in lower DSH payments for most safety-net hospitals.

Empire Health Foundation, an organization that acquired the assets of Spokane, Washington-based Valley Hospital Medical Center, now known as MultiCare Valley Hospital, challenged the regulation in court over fiscal 2008 reimbursements on the hospital’s behalf. The Empire Health Foundation argued the rule’s treatment of Medicare beneficiary patient days not covered by Medicare did not conform to the law.

The US District Court for the Eastern District of Washington vacated the regulation in 2018 and ruled that HHS did not comply with notice and comment procedures when promulgating the regulations.

Two years later, the US Court of Appeals for the 9th Circuit held that HHS did follow appropriate procedures but that the policy itself nevertheless was unlawful. The 2005 rule uses different phrases, “eligible for” and “entitled to,” interchangeably in the DSH calculation. Medicaid law uses the phrase “eligible for” benefits, while Medicare uses “entitled to.” Congress intended them to mean different things, the appeals court ruled.

The Supreme Court decided Medicare law is explicit: Everyone who meets the basic statutory criteria is entitled to hospital benefits under Medicare Part A.

If ‘entitled to benefits’ instead bore Empire’s meaning, Medicare beneficiaries would lose important rights and protections, such as the ability to enroll in other Medicare programs, “ Kagan wrote.

Prior to the opinion’s release, Heittech said the impact of a ruling in favor of HHS would mean a continuation of the status that for hospitals. “There’s no further appeal, “ he said. “Essentially, on this issue, it would be ‘game over. ‘

Hospitals contend that the revision to DSH payment calculations disadvantaged hospitals treating the patients the program is meant to serve and are disappointed by the decision, said Chip Kahn, president and CEO of the Federation of American Hospitals, which represents for-profit health systems.

“This is really shortchanging those vulnerable patients by giving CMS the opportunity, in a sense, to shortchange providers, “ Kahn said. The financial impact of the ruling is difficult to assess given how significantly DSH payments vary from hospital to hospital, he said. 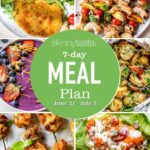 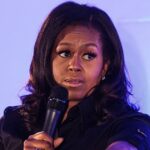 Michigan Medicine and Sparrow inked an affiliation agreement in 2019, with the Ann Arbor health system integrating pediatric services at the Sparrow Children’s Center in […]

Recently the CBO published a report comparing the rates public and private insurers pay to hospitals for inpatient services, for services at hospital outpatient departments […]

Addressing the root of the problem The healthcare industry has historically struggled to foster transparent and open workplaces. The pandemic is compounding these longstanding challenges […]