WILLIAMSTOWN – Seventeen-year-old Bridget Ward has been working out since she was 13. She realized she wanted to start her journey in physical fitness after watching her brother Nathan work out.

Since then, Ward has gained a true passion for physical fitness, even as going as far as creating a class for others.

“I do a workout class at my house once a week for my friends and their moms,” she said.

Ward said the class focuses on High Intensity Interval Training (HIIT). It also includes cardio and weightlifting. She said she’s been doing this class for over a year now. Ward said one of her friends specifically asked her to train them and that’s what sparked the idea of ​​starting a fitness class.

“I like working out and I want to eventually be a personal trainer and have my own gym,” she said. “It’s just something I’ve always enjoyed.”

Bridget Ward does an obstacle at the Savage Race in Zanesfield, Ohio. (Photo Provided)

Ward said she is planning on going to Harding University in Arkansas. She said it’s a Christian university that her cousins ​​and her two siblings have attended.

“I really like how they input God into everything they do,” she said.

She said when she has visited the campus she enjoyed the atmosphere and everyone she met was incredibly nice, outgoing and friendly. Ward said she plans on studying strength and conditioning at Harding.

After earning her degree, Ward wants to own her own gym, so she can be a personal trainer to others. She said she has enjoyed the experiences she has had so far.

“I want to help the community become more healthy, spiritually and physically,” she said.

Ward said she likes leading her fitness class at her house because it makes her feel awesome and she likes being in charge.

“But I also really like people and it’s just such a fun environment from doing the classes once a week,” she said. “I just really enjoyed it and it’s made me want to do it more.”

Ward attends church at the Grand Central Church of Christ in Vienna, where she participates in youth group, church camp, mission trips and work camp. She said during their last mission trip they cleaned up their church camp and painted. She said in the past they have traveled to Potter Children’s Home in Kentucky to help with random projects and teach the kids about the bible.

In her spare time, Ward enjoys working out, taking bike rides, running, reading and eating ice cream. She also likes spending time with her friends, her family and her dog Macy.

Sophie Dougherty and Bridget Ward take a break while painting a house for the Mid-Ohio Valley work camp. (Photo Provided)

Bridget Ward and Patrick Ward ran together in a half marathon at Salt Fork State Park last November. (Photo Provided)

Bridget Ward and Sutton Stewart attend church together at the Grand Central Church of Christ in Vienna. (Photo Provided) 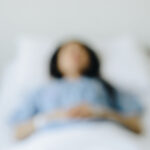 Next Article Why Do People Die In Their Sleep?

Luka Modric kissed the bald head of real Madrid‘s physical trainer, Antonio Pintusin celebration after the comeback against Manchester City. The midfielder was screaming the […]

At the start of April 2022 we introduced you to the Cycling Weekly Big Fitness Project team of amateur riders – Danny Lloyd, Steve Faulkner […]

Foods That Build Mega Muscle: Protein is not Enough to Build Muscle