Here’s part 2 of our New Orleans trip, including our swamp tour! Read part I here.

Swamp Tour of the Bayou

We drove about 30 minutes outside of the city to do a swamp tour with Jean Lafitte Swamp Tours.

We boarded our pontoon and saw this dude hanging out on the other side. But he was not moving AT ALL. Not even a twitch. For about 5 minutes we debated if he was even real since the tour shop had several gator statues inside. But then he started to drift the slightest movement down the river and all of a sudden he broke his trance and was snapping around!!

We saw lots of alligators along the way, some small and some bigger! We even saw a new mother with tiny babies that had hatched just days earlier!

I would NOT want to swim here!!

The real show was in a hidden cove where this huge mama lives. This gator was probably 10 feet long!! Our guide fed her marshmallows to lure her out. She chomped away! A few smaller gators hid in the wings.

Hot and sweaty, but it was a fun trip!

We headed back to KK’s for a sunset and salmon burgers.

We went to bed early after a long, sweaty day!

We had a relaxing morning after the weekend, with coffee on the deck followed by a run / walk for me.

Beautiful views on the point! It was pretty darn humid and hot in the sun, but the breeze helped.

We headed into the city to have lunch at Turkey & The Wolf. You might have seen Chef Mason Hereford on Iron Chef, and we’ve been interested in him because he grew up in Charlottesville! His love for sandwiches stemmed from the ones we love and eat from Bellair Market!

We were thrilled that Chef Hereford was on site! We introduced ourselves as visiting from Charlottesville. He and Thomas went to the same high school, and we have a friend in common! So cool!

We ordered three of the sandwiches – the Ham, Fried Bologna, and Collard Green Melt. Plus a cabbage salad. Let me just say – these LIVED THE HYPE! So so so good!

After lunch, we went with Andrew to the French Quarter to try to find a souvenir for Mazen. IT WAS SO HOT. We were literally melting. But it was fun to hear some jazz and check out Jackson Square.

We went to pick up Mazen’s cousin from school and took them to a trampoline park aka the air conditioned playground.

Sidebar: Everything in New Orleans is so spread apart! I am not used to so much driving, especially on highways. Luckily the traffic wasn’t too bad.

Back at KK’s house we relaxed on her porch with some drinks while she put the finishing touches on dinner: shrimp etouffee! Delish.

And then we ended our visit with key lime pie (here’s the recipe she used which wasn’t hard at all!)

We had a great visit with everyone and are looking forward to another visit. Karen says hi to you all! 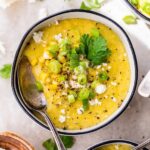 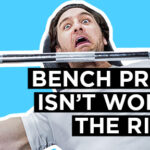 Next Article Ep. #952: Says You! The Risks of Bench Pressing Outweigh the Benefits

Mike: Hey there, and welcome to another episode of Muscle for Life. I am your host, Mike Matthews. Thank you for joining me today to […]

Hello Fitness friend. I’m Mike Matthews. This is Muscle for Life and thank you for joining me today for another short episode, one of these […]

I have shifted the rugs around in our house musical chairs style! Here’s the update from our cozy rug swaps:) How The Rug Swap Started […]