Distance runner and fitness vlogger Elijah Orr has tried out all kinds of different workouts and physical challenges on his YouTube channel, including the “Bring Sally Up” pushup challenge and Chris Heria’s intense calisthenics routine. In a new video, Orr takes on a popular kind of challenge; a military physical fitness test.

However, while others usually try the US or British Army versions, in honor of Cinco de Mayo, Orr decides to try and achieve a perfect score in the Mexican Army’s PFT, which consists of:

Orr starts off with the broad jump, achieving a distance of 211 cm, easily surpassing the minimum required score of 150 cm and landing firmly in the “great” category. This is immediately followed by the 100-meter dash, which he completes in 15.27 seconds, once again securing a good (but not perfect) score.

Next up are the pullups, where Orr must execute 12 reps with slow and controlled form for a top score. He ends up surpassing this number with 13. All in all, it’s a strong start — and he keeps his streak going.

In the situps round, Orr completes 41 reps in a row. Then it’s time for the 2.8km run, which is very much in his wheelhouse, and which he completes in 10:51, a far shorter time than even the gold-standard requirement. From there, the last remaining challenge is the 1-meter tower jump directly into a 25-meter swim.

“It’s pretty simple, I think it’s just to make sure you know how to swim and wouldn’t drown,” Orr says. “We’re in the army now!”

This content is created and maintained by a third party, and imported onto this page to help users provide their email addresses. You may be able to find more information about this and similar content at piano.io 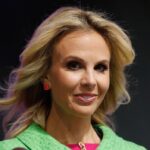 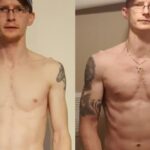 Fitness has never been a priority for me, but during the pandemic a sudden shift made me realize where I was going wrong with my […]