The Universal Business School, Karjat Mumbai published its first Case Research Journal for academic year 2022-23 recently. Written with the need for more ‘current and relevant’ business challenges in mind, these case studies have themes such as green technology, responsible business, traditional mining, electric vehicles and social responsibility. One of the cases is titled, ‘Fabricating Sales at Luckin Coffee: Is the COO the Only One to Blame?’

This case study examines business ethics, a very critical current day discourse. Considered one of the fastest-growing coffee chains in China, Luckin Coffee Inc. (Luckin) was nicknamed ‘China’s Starbucks’. Starting from a single trial shop in 2017, the company established 2,370 stores within 18 months and, by May of 2019, courtesy of its impressive commercial progress, the company’s shares were listed on the NASDAQ stock exchange.

However, less than a year after its listing, in April of 2020, Luckin was severely hit by rumors of accounting fraud. An internal investigation of the company, launched in response to the claims, revealed that the Chief Operating Officer of Luckin and many employees, who reported to him, were engaged in accounting misconduct which sent its share prices plummeting by nearly 76% on April 2nd, 2020, eliminating billions of dollars of shareholders’ wealth in the process along with mutual, pension and hedge funds.

As the coffee chain is scripting its recovery, the question on everyone’s minds was ‘Who should be blamed for the accounting fraud at Luckin? Was the COO the only one responsible, or did the top management, internal and external auditors, or market regulators play equal parts in the catastrophic collapse of China’s Starbucks?’

Luckin Coffee is by no means the first QSR to struggle. And even though the QSR industry is traditionally not plagued by accounting frauds, Unnat Sharma, Managing Partner at AIM Corporate Services LLP, a forensic audit and risk advisory expert cautions,

” Nothing is as good or as bad as it first appears. Stats suggest that anywhere from 60% to 90% of QSRs go belly up before ever hitting their stride. There are various reasons for it

a. Embezzlement: Internal thefts and staff embezzlement create gaps which restaurant management can track, only a little too late. Owner of Darbar restaurant in Abu Dhabi served as a money laundering front of PFI (a Jihadi organization). Tamar India Spices Pvt Ltd also used to launder proceeds as per ED.

a. Unreasonable rentals: The rent of the Restaurant must never exceed 10% of your total revenues. Adyar Ananda Bhavan, had to shut down eight branches where rentals are quite high in 2021. The other extreme could be ‘sweet deal’ rentals. Entrepreneurs get tempted if a location seems nice, has no competition around and they jump into it.

a. Lack of perspective: QSR owners either jump in the frame and become front-line workers or are so far from the picture that they leave all operations to staff. Not knowing the business can be fatal; such as the case of Goli vada pav, which shut down its operations recently. It was started by an investment banker, whose job was to help aspiring entrepreneurs raise money for their business by giving out loans. Everyday his work was to listen to the stories of entrepreneurs and their dreams, which ultimately made him start his own business with his colleagues at the age of 38. As a business owner you have to be ‘out of the frame’ to be able to see the picture better, but should be ‘holding it at the correct distance’ to make the right strategic calls.

a. Under or over-analysis: If the entrepreneur does not study the restaurant’s performance and has no tool that can tell what performance stats look like, they will never know what is working and what is not working. Additionally, an investor may push the entrepreneur too much into reports and MIS; the real focus shifts from the passion of running a QSR to excel sheets and unrelated expansion.

a. Overambitious projections: Youngsters are taking an entrepreneurial plunge for valuation. The passion gets compromised en route and the expectations become unreasonable. For eg; Johnny Rockets opened its first store in India in 2014, they had large plans of setting up 100 restaurants in 10 years, it expanded to six outlets but could not take it further. Ditto for Burger chain Barcelos which suffered from ill-planned expansion.”

Judging by the Luckin Coffee case study and other developments post pandemic in India, building a QSR is a game of patience. Thankfully, in one of its reports, ICICI Securities said, “Outlook on growth and margins remains attractive for the QSR sector, unlike the rest of the consumption space, where uncertainty reigns.” Sapphire Foods RHP, owner of KFC and Pizza Hut has reported that each person in India spent only USD122 on food services in CY19. This is much less than the USD2,239 spent per person in the US, and the USD684 spent per person in China. An analyst at Edelweiss wrote in particular about Westlife, but applicable to all, “we think a more efficient supply chain and a better mix of products would help it improve its margin profile and return ratios even more.”
Tarun Anand, the Chairman of Universal Business School who published the Luckin Coffee report says, “The case study comes at an important time when QSRs are re-assessing themselves in India. It is a significant piece of documentation that can serve as a guiding light to QSR companies in the future.”

Luckin Coffee itself is in the midst of a difficult but promising turnaround. An excellent reminder that far away from the focus on quick money by fabricating sales and expanding mindlessly under investor pressure, the secret to a good QSR is the ability to stay grounded and earn the customer’s trust. 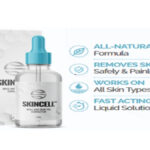 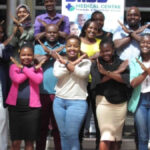 According to senior interventional cardiologist Dr. Rajneesh Kapoor, the children of Punjab lacked the healthy lifestyle necessary for an honest person heart.In a study conducted […]

Everyone has heard of the keto diet, but not everyone can follow it. Having a keto meal one day is no problem at all. The […]

The crypto winter in 2022 has come as a shock to buyers’ dreams of turning millionaires. They were expecting a 2021-like bull market this year […]