Freedom never comes for free. In Twitter’s case, the price was $ 44 billion, which Elon Musk will pay to liberate the platform from its responsibilities as a public company and transform it into a free speech Xanadu. Musk wants to open source the platform’s algorithms, exile spam bots, and allow people to tweet whatever they please “within the bounds of the law.” To him, the stakes are nothing short of existential. “My strong intuitive sense,” he said in an interview at TED last week, “is that having a public platform that is maximally trusted and broadly inclusive is extremely important to the future of civilization.”

Musk’s vision has fueled uncertainty about what the future of Twitter may look like. But many of those ideas are already at work on another social network, one that thousands of people have flocked to in recent days: Mastodon.

Mastodon emerged in 2016 as a decentralized alternative to Twitter. It is not one website, but a collection of federated communities called “instances.” Its code is open source, which allows anyone to create an “instance” of their own. There is, for example, metalhead.club, for German metalheads, and koyu.space, a “nice community for chill people.” Each instance operates its own server and creates its own set of rules. There are no broad edicts about what people can and cannot say across the “fediverse,” or the “federated universe.” On Mastodon, communities police themselves.

More than 28,000 new users joined a Mastodon server on Monday, according to the network’s creator, Eugen Rochko. Since March, when Musk first started making noise, the network has seen as many as 49,000 new accounts. For a service with 360,000 monthly active users, that’s a substantial influx. “On the Mastodon server that I manage, sign-ups have increased by 71 percent and monthly active users have increased by 36 percent,” Rochko said by email. “Many people have come back to their old accounts following the news.”

Rochko once found himself in a similar position to Musk’s: He was a Twitter power user with some gripes. The problem, as Rochko saw it, was centralization. A central authority meant the platform bent to the whims of its shareholders and rules could change without warning. It also meant that a platform could go defunct, something Rochko had experienced with MySpace, Friendfeed, and SchülerVZ, a German version of Facebook. A server owned and operated by the people who used it would allow greater control, including over their self-governance.

Unlike Musk, Rochko did not have billions to burn. Instead, he was a 24-year-old college student, months away from graduating from a university in central Germany. So Rochko decided to build his own social network. He created the framework for Mastodon in his spare time, accepting donations from benefactors from Patreon, who were similarly interested in a Twitter alternative that returned power to the people. In 2016, shortly after graduation, he launched Mastodon to the masses. 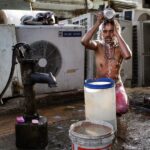 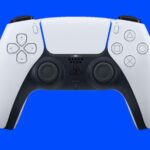 When the Next Covid Wave Breaks, the US Won’t Be Able to Spot It

Lines on charts can tell you something about the state of the Covid pandemic in the United States. Deaths: declining, even with the looming milestone […]

Elon Musk Secured an agreement on Monday to buy Twitter for about $ 44 billion and take the company private. In his initial comments about […]