More than 1 million construction workers across the US won’t have to comply with a federal COVID-19 vaccination requirement, but an appeals court cleared the way for President Joe Biden’s administration to potentially enforce the mandate on some federal contractors.

Biden’s Office of Management and Budget said Monday that federal attorneys were still reviewing the ruling issued Friday and that no immediate steps have been taken to implement it.

The vaccine requirement for employees of federal contractors has been on hold nationwide since a US district judge in Georgia issued an order in December barring its enforcement.

A split ruling by a three-judge panel of the 11th Circuit Court of Appeals in Atlanta lifted that nationwide injunction but continues to bar enforcement of the vaccine mandate against seven states that sued — Georgia, Alabama, Idaho, Kansas, South Carolina, Utah and West Virginia. It also bars enforcement against members of Associated Builders and Contractors — which joined the lawsuit — or any of their subcontractors on federal projects.

The association, which has about 21,000 member companies employing more than 1 million workers, called the ruling a “huge victory” even though it narrows the scope of the previous injunction.

“A lot of the contractors were concerned about the record-keeping” and the potential to lose workers, said Ben Brubeck, the association’s vice president of regulatory, labor and state affairs. “There’s a lot of employees who didn’t want to get vaccinated in the construction industry.”

Taking into account previous court orders stemming from lawsuits by other states, the vaccine mandate is now blocked for federal contracts involving half the states but allowed in the other half. It’s unclear whether, when or how Biden’s administration will seek to enforce the mandate.

The contractor requirement had been part of Biden’s broader plan to fight COVID-19 by boosting vaccination rates. Separate orders had mandated vaccinations for healthcare employers participating in Medicare or Medicaid and had mandated employers with at least 100 workers to either require vaccinations or make employees wear masks and get regularly tested for COVID-19.

The vaccine mandates spawned a bevy of lawsuits, primarily from Republican-led states, but also from some employers. The US Supreme Court in January blocked the vaccine requirement for large private employers but allowed it to proceed for most healthcare workers.

In requiring COVID-19 vaccinations for federal contractors, Biden’s administration contended that a federal procurement law gives the president broad authority to implement workplace safety guidelines. The appeals court panel disagreed and said Biden likely exceeded his authority. But it said the lower court judge also pushed the boundaries of judicial power by applying an injunction nationwide instead of limiting it only to those involved in the lawsuit. 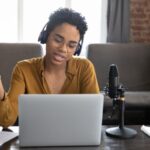 Previous Article Get clients by being your authentic self: How one coach does it 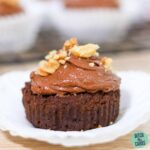 A ransomware attack at Professional Finance Company may have exposed data from patients at about 600 healthcare providers. Greeley, Colorado-based PFC, an accounts receivable management […]

HCA Healthcare will reshuffle its corporate structure and reassign several senior executives, the for-profit company announced Tuesday as it became the latest health system to […]