Quest’s latest fitness app Liteboxer has added a new free tier to its subscription model, giving users unlimited access to a selection of workouts without committing to the premium paid tier.

Liteboxer launched two months ago as another paid fitness subscription service on Quest, following in the footsteps of similar offerings from Supernatural and FitXR, available for $ 18.99 / month with a seven-day trial period. Two months on, the service is now offering a free tier as well. While Supernatural and FitXR both offer seven-day trials, Liteboxer is the first to offer a tier for unlimited free access. It includes unlimited access to over 65 workouts, including some with real trainers and music from “chart-topping artists.”

That being said, the service’s Universal Music partnership featuring tracks from high-profile artists like Lady Gaga, Ariane Grande and more is exclusive to the paid $ 18.99 / month subscription. Alongside premium music, the paid subscription grants access to 300+ workouts, daily content and extra workout environments.

While most VR fitness apps feature some form of virtual boxing, the Liteboxer service is actually a virtual adaptation of a physical product. Ironically, the physical Liteboxer works similar to a VR rhythm game – you punch a circular arrangement of six targets as they light up to the beat of music tracks.

Liteboxer VR brings this full circle, allowing you to box against a virtual version of the machine, set to a variety of music tracks. The app supports hand tracking as well, so you can put the controllers down and get as close to the real thing as possible. Support for Hand Tracking 2.0 has also been implemented, so your punches should be tracked more reliably than ever.

Liteboxer is available now in the US for Meta Quest. 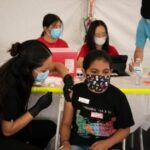 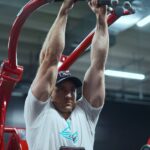 Next Article How Many Sets Should You Do for Muscle Hypertrophy?

Janhvi Kapoor has a sizeable wardrobe not only for her lehengas and sarees alone but also her workout clothes. It is not surprising to spot […]

Wisconsin and Upton Place, NW. Info on the coming LIDL here From a press release: “US Fitness Holdings, LLC, has announced its newest Onelife Fitness […]

Andy Murray is optimistic he will be fit for Wimbledon as the two-time champion races against time to overcome an abdominal injury. The 35-year-old British […]