Bollywood actor Shahid Kapoor, who made his acting debut with Ishq Vishk, has delivered several blockbuster films. He is well known for his versatile roles and a fitness icon. The actor is known to work hard for his roles and manages to stay fit

We got a glimpse of his chiselled body and praise-worthy abs in the film Kabir Singh. Being a father of two children and his crazy shoot schedules, he still somehow always manages to find time to hit the gym and stay fit. He is an inspiration for many and if you are looking to get fit like him, then you may want to know his fitness secret.

As per the Pinkvilla report, Jersey actors’ workout regime includes a lot of cardio exercises as well as body-weight training. He begins his workout with a cardio workout with some running on the treadmill and includes different exercises as well as equipment training. He is disciplined and never misses out on his workout. Even during his busy schedule, squeezes in a few hours of workout 6 days a week and takes a day off to rest a bit.

Apart from his weight training, he goes for swimming and yoga. He often includes it his workout routine as well. He is also an amazing dancer and it helps him burn calories and build his muscles.

Not many know that the Padmavaat actor is a vegetarian. He includes a lot of beans, spinach, fruits and leafy green vegetables in his diet. takes protein supplements for the protein needs and energy required to sustain his workouts. He, however, avoids food items that are high in fats, carbohydrates and artificial sweeteners.

Reportedly, the Udta Punjab actor follows a very strict routine and watches his meal portions. He consumes 5 to 6 small meals in a day instead of 3 big ones which helps him with portion control and he also eats on time and does not let his schedule impact his meal timing.

Must Read: Palak Tiwari & Ibrahim Ali Khan Get Trolled For Not Donating Money To Beggars After Partying Together, Netizens Say, “Kyaa Faydaa Is Raeesi Kaa” 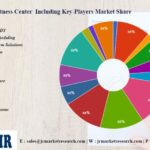 The Tokyo Olympics are in her rearview, but Jordan Chiles isn’t done making history yet. On Friday, Aug. 19, Chiles and fellow Tokyo medalist Jade […]

NOIDA: Over 130 police personnel deployed in Gautam Budh Nagar are on a new mission now – a daily regime of running, yoga, stretching and […]