There’s a commercial for the cryptocurrency-trading platform FTX that has been airing throughout the NBA playoffs. It features superstar Steph Curry going through a goofy version of his day — eating cereal, making pasta, carving an ice sculpture — while narrator Shaquille O’Neal insists that Curry knows everything there is to know about crypto. An exasperated Curry repeatedly denies it. “I’m not an expert — and I don’t need to be,” Curry finally says into the camera, holding up the FTX app on his phone. “With FTX, I have everything I need to buy, sell, and trade crypto safely.”

Give Curry and FTX points for honesty. The new commercial says what should have been obvious to anyone paying attention: The countless celebrities who have jumped on the crypto (and NFT) bandwagon almost certainly know very little about what they’re selling. This transcends the inherently transactional nature of corporate sponsorships. Everyone knows athletes do commercials because they’re paid to, not because they actually use the product. (Hulu has a series of genuinely hilarious commercials playing off that fact.) I doubt Curry, who was paid $ 45 million to play basketball this past season, eats too many Subway sandwiches. Yet I trust that he could pick out the difference between the Steak and Cheese and the All-American Club that he shills in a recent commercial. It would be stunning, on the other hand, to learn that Curry — or Tom Brady, Paris Hilton, Charli D’Amelio, Snoop Dogg, or Matt Damon — could explain what someone is buying when they invest in crypto.

Alas, the honesty of the Curry ad is offset by its cynicism, which sets a new standard for an industry that has plenty to spare. The crypto advertising blitz started in earnest late last year, rising along with the price of digital assets. The Super Bowl infamously featured several big-budget commercials from the industry. The most noteworthy was an FTX ad featuring the comedian Larry David dismissing crypto as a passing fad, with the kicker, “Don’t be like Larry.” As several observers pointed out, these ads conspicuously omitted anything about the substantive merits of crypto. Rather, they tried to instill a sense of FOMO, or fear of missing out, by suggesting that viewers who don’t buy in now will, like Larry, come to regret it.

These FOMO ads at least left open the possibility that a consumer would learn about crypto before investing in it. The Curry commercial dispenses with that pretense. To be fair, there is a difference between not being an expert about something and being ignorant about it. But the ad is clearly targeted at people who have hesitated to trade crypto because they do not understand it. The message to them: Don’t worry, neither does Steph! And perhaps, by extension, neither does anyone! If everyone else is operating in ignorance, maybe you’re not at any big disadvantage. So go ahead, trade away. FTX did not respond to requests for comment.

Warren Buffett, the legendary investor, is said to have been advised, “Never invest in a business you cannot understand.” (It’s not clear he ever used those exact words, but the saying has taken on a life of its own.) A traditional investment is a wager that the business you’re investing in will grow more valuable over time. As the fundamentals improve, and the business grows and becomes more profitable, more people will be willing to pay more for a piece of it, increasing the value of your shares. If you can’t understand how the business makes money, you have no basis for making a reasoned judgment about how its stock will perform. Yet as the Curry commercial makes clear, the crypto market has a way of eliding that middle step. Forget the fundamentals: For average investors, deciding to buy a certain cryptocurrency appears to be a pure bet that someone else will want to buy it for more money in the future. This is also the ethos behind the meme stock phenomenon, which is philosophically closer to the crypto world than to traditional stock-market investing.

There is a name for investments whose value depends purely on finding future buyers willing to pay more than what you put in: Ponzi schemes. Critics have tagged crypto with that label for nearly as long as crypto has been around. Recently, the critique got support from an unlikely source. Sam Bankman-Fried, the founder and CEO of FTX, appeared last week on the Odd Lots podcast. Over the course of the discussion, Bloomberg financial columnist Matt Levine asked Bankman-Fried to explain “yield farming,” a form of crypto investment in which people can buy into “liquidity pools” that can pay super-high interest rates but that can also go south in a hurry. 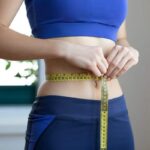 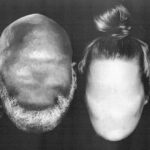 WeChat wants people to use its video platform. So they did, for digital protests.

Review: ‘The Unbearable Weight of Massive Talent’ Celebrates Cinema Itself