Jennifer Smithfield felt weak and still had trouble breathing in February after nearly two weeks with covid-19. It was a Sunday, and her doctor’s office was closed. So her primary care physician suggested going to an emergency room to be safe.

Smithfield went to HCA Healthcare’s flagship hospital, near its corporate headquarters in Nashville, Tennessee, and thought she would be checked out and sent home. But that’s not what happened.

“Even though I didn’t feel well, I didn’t think it was bad enough to be hospitalized, especially not multiple days,” Smithfield said.

Over three days, Smithfield racked up $40,000 in charges for her inpatient stay and received a bill for $6,000 under the terms of her health insurance policy. “I could have walked out,” Smithfield said. “I wish I had walked out.”

While she was in the hospital, she said, the doctor who had directed her to the ER texted her repeatedly, asking why she’d been admitted.

For more than a decade, large health systems have faced scrutiny for admitting patients to expensive hospital stays when less expensive treatments or short periods of observation in the ER would have been appropriate.

Commercial insurers pay handsomely for inpatient care, with room rates often hitting several thousand dollars a day — and that doesn’t include the charges that inevitably follow for bloodwork, consultations, and other exams that typically occur. Hospitals, like hotels, maximize revenue by keeping their beds full.

Critics allege that HCA sought to keep occupancy rates high by creating incentives for doctors to admit ER patients — whether those patients required admission or not. The accusation is particularly surprising because admission rates nationally have generally been declining as more conditions can be safely treated with telemedicine and home monitoring.

US Rep. Bill Pascrell (DN.J.) and the Service Employees International Union have been pressing the Department of Health and Human Services to investigate allegations against HCA as potential Medicare fraud. A spokesperson for the Centers for Medicare & Medicaid Services, Bruce Alexander, said the agency is reviewing a September letter from Pascrell that details the claims that HCA forced doctors to meet unofficial quotas, or targets, for the number of patients admitted to the hospital. And a previously sealed whistleblower case is shedding new light on such internal policies.

“Improper hospital admissions can have cascading effects on patients and workers,” Pascrell, chair of the House Ways and Means oversight subcommittee, wrote to HHS Secretary Xavier Becerra. “Unnecessary admissions expose patients to unnecessary treatments. This creates an added potential risk of complications and the possibility of new infections for patients.”

HCA spokesperson Harlow Sumerford refuted the accusations. “We categorically reject any allegation that physicians admit patients to our hospitals on the basis of anything other than their independent medical judgment and their patients’ individual conditions and medical needs,” he told KHN in a statement.

Pascrell’s concerns are based largely on a 58-page investigative report from the SEIU published in February. The national labor union has been challenging health systems on admissions for more than a decade as it attempts to organize in more for-profit hospitals and advocates for its members who work on the front lines. The SEIU estimates HCA overcharged the Medicare program at least $1.8 billion over roughly a decade through excessive admissions, according to the report.

The claims against HCA are similar to those the SEIU made that led to a $98 million settlement with Community Health Systems in 2014 and a $262 million settlement in 2018 with Health Management Associations. The government alleged that hospitals knowingly billed for inpatient services when lower-paying outpatient or observational services were warranted.

The government is in the best position to prove such claims, said Jacob Tubbs, an attorney based in Birmingham, Alabama, whose law firm, Price Armstrong, has represented plaintiffs in similar cases against hospitals. But he noted that proving that doctors willingly and systematically departed from today’s standard of care is difficult. It is particularly hard to show that a patient was overtreated.

Lawyers still have “a healthy amount of skepticism” about the potential for winning these cases, he said. “We know that what we’re going to have to ultimately prove is that the medical care was objectively unnecessary.”

In a 141-page court filing from 2018, Dr. Camilo Ruiz, a whistleblower at a 400-bed HCA hospital in suburban Miami, accused the health system of threatening his job if he did not admit more patients, instead of sending them home from the ER. HCA supervisors hounded him with warnings to start meeting established targets, he said in the court documents.

At 41 HCA hospitals with the highest admission rates — located in Florida, Texas, Nevada, Virginia, and California — the attorneys found that from 2013 through 2016, 84% of Medicare patients were admitted for eight common diagnoses, compared with 55% at non -HCA hospitals.

The Ruiz case was unsealed in 2020 when the federal government declined to take on the investigation. The Justice Department — which has intervened in similar cases that led to settlements — did not explain in court records why it passed on the Ruiz case and declined to comment to KHN.

Ken Nolan is an attorney with Nolan Auerbach & White, a firm that is based in Fort Lauderdale, Florida, and has successfully represented whistleblowers alleging fraudulent hospital admissions. Nolan said the government sometimes declines cases for reasons other than a lack of evidence.

The SEIU is continuing to push the government to investigate its broader allegations against HCA. The union incorporated data from the Ruiz suit in the report it’s been shopping around to government agencies, including the Securities and Exchange Commission.

As the nation’s largest hospital company, HCA sets the pace for the US healthcare system. Its profits approached $7 billion in 2021 even as other health systems struggled through the tail wind of the pandemic.

For Smithfield, her costly hospitalization not only threatened her wallet. It also broke her trust in a system in which she has long gotten care, including treatment for leukemia. She is disputing her bill.

Now, when she seeks medical care, she wonders whether her “best interests are being taken into account versus some other motive that the hospital administration might have.”

This article is from a partnership that includes Nashville Public Radio and KHN. 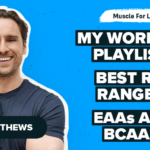 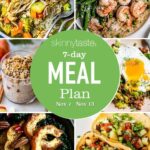 A New York appeals court has reinstated a lawsuit against Zocdoc officials from the company’s co-founder and former chief executive officer Cyrus Massoumi, reversing a […]