Helen Skelton looked gorgeous as she made her first public appearance since announcing that her husband Richie Myler left the family home.

The Countryfile presenter, 38, arrived on the red carpet for the Sports Industry Awards at Evolution London this week and looked ethereal in her ensemble.

She rocked a flowing cream-colored dress with loose sleeves. It ended just above her ankles and gave the spotlight to her black mesh high heels.

Helen also accessorized with a chunky chain bracelet which matched her gold necklace. The star was without her wedding ring.

The star kept her tresses in loose waves that flowed over her shoulder while she smiled for the cameras.

She also carried a small black bag to complete the entire look.

Her appearance comes a few weeks after she revealed that she and her husband had split after eight years of marriage. 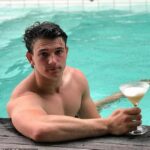 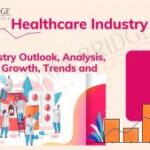 Weight loss has always been associated with excess body fat and Obesity. Both of them are quite important but not the vital cause of the […]

With the modern lifestyle comes a lot of toxins. Exposure to terrible pollutants through air and water, bad diet, and substance abuse can have terrifying […]