Here’s Which Pumpkin Spice Doughnut You Should Get At Krispy Kreme, According To A Dietitian


Krispy Kreme deals in donuts of all shapes and sizes. Actually, for the most part, they’re roughly the same shape and size. But what they lack in shape creativity, they apparently tried to make up for in flavors. Whether it’s the classic Original Glazed, Glazed Chocolate Cake, or Oreos Cookies and Cream, options abound. As you can imagine, a spectrum this disparate leaves a lot of room for caloric interpretation. The Oreo Cookies and Kreme donuts clock in at more than twice the calories as the Original Glazed, for example. But, as Brookell White points out, “The Old Fashioned, [the] Sugared Doughnut, and the Lemon Doughnut… have some beneficial nutrients that [other doughnuts] are lacking, including 4 grams of protein and 1 gram of fiber.” And if your heart is set on pumpkin spice (and whose isn’t?), there’s a donut that rises above the rest, if you’ll pardon the dough pun .

“The Pumpkin Spice Original Glazed Doughnut … is the lowest in calories, total fat, sodium, carbohydrates, and sugar, and is tied for the highest in protein,” White says, comparing the offering to the Pumpkin Spice Latte Swirl, Pumpkin Spice Cake, and the Pumpkin Spice Original Filled Cheesecake Doughnuts (again, duh.) White emphasized that the PSOGD (here’s hoping that acronym catches on as well as PSL) can certainly still be part of a healthy lifestyle, as you balance all that fall -flavored sweetness with “a diet consisting of fruits, vegetables, protein, fiber, healthy fats, and complex carbohydrates.” 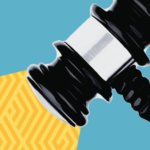 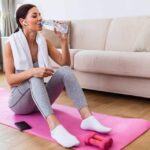 Next Article Three great fitness tips for an active weekend

In the past few years, we have seen a rise in varieties of health conditions that have sprung up due to the pollution created by […]

Sea moss is a type of seaweed that is becoming increasingly popular for its health benefits. It has been used for centuries in traditional medicine, […]

Searching for the ultimate Delta 8 vaping experience? Delta 8 Live Resin is said to be the cleanest and purest way to enjoy legal cannabis […]