Abruptly waking up from sleep and having clarity of mind happens only in movies, right? Well, no! Oftentimes, this can be a reality. Ahead of your dubious looks, let us introduce you to DJ Prithvi. He is revamping the nightlife space with his outstanding skills and is enjoying a substantial amount of fame for the same. But, do you think it was easy for him? Well…

Hailing from Bangalore, DJ Prithvi was a student pursuing his degree in dental studies. However, he wasn’t very convinced about his current life and that is when he decided to magnify his love for music. Without getting swayed by the windfalls that being a doctor could have brought, DJ Prithvi chose to drop out of his dental college and build a career in music. Merely at the age of 16, the artist has already found his calling.

Having opened for over 100+ international artists in his thirteen-year-long career, the artist had an exciting journey. Addressing his initial days, DJ Prithvi couldn’t stop gushing about it, “You will constantly feel sketchy when you aren’t following your heart. And that’s when you realize what you truly want. Something similar happened to me.” In an article, Prithvi went candid about his struggles. He said that he switched four buses every night to be a resident DJ at an infamous sports bar in a shady neighborhood.

“I wouldn’t say that the journey was easy-breezy. Knowing that I was risking a prospective-secured future, I was a bundle of nerves. But with consistent effort and dedicated time, things eventually fall into place. Don’t be apprehensive about the challenges and don’t get implicated by the downfalls. Keep Going!” DJ Prithvi further added.

The artist’s talent is unparalleled! His proficiency and understanding of music can be recognized in his DJing. In his over a decade of work experience, DJ Prithvi has built a very illustrious profile by opening for top-notch DJs like Hardwell, Lost Frequencies, and TROYBOI. He has also released three singles: Sunshine, Lost My Way and Weekend. The last single was trending on iTunes USA – Top 200 Charts. In today’s day and age, DJ Prithvi is creating a buzz for his gigs in Bangalore, and Karnataka among many others. If you too want to be a part of his events, check his Instagram for the latest updates. 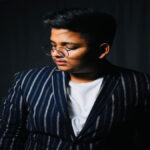 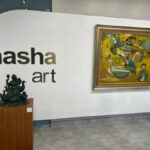 Weight loss always takes a toll over your mind as well as body. There are different levels of body’s physiology as well as psychological aspects […]

Hey peers, if you are in trouble with excess blood glucose levels and associated symptoms? Then this GlucoFlush review can help you with accounts of […]

The decentralized finance (DeFi) space exploded over the last few years, as it introduced a novel way of storing, moving, and utilizing money and wealth. […]

Ruben Meerman has been awarded funding by Bundaberg Regional Council or his Eat Breath Live program. A healthy eating and lifestyle program developed by Surfing […]