Currently, there are no known effective treatments to prevent or stop the progression of Alzheimer’s, a progressive brain disorder that slowly destroys memory and thinking skills.

But a new large-scale study suggests cardiorespiratory fitness could play a significant role. In a massive study of 649,000 US veterans with an average age of 61, researchers found that the fittest in the group, as identified via a treadmill test, developed 33% less Alzheimer’s (after 8.8 years) than the lowest-fit.

The findings suggest the association between cardiorespiratory fitness and Alzheimer’s risk is inverse. In other words, the fitter you are, the less likely you may be to get Alzheimer’s. Running is, of course, one of the greatest fitness-enhancing exercises out there, and the results of this study give us another compelling reason to lace up.

‘The idea that you can reduce your risk for Alzheimer’s disease by simply increasing your activity is very promising, especially since there are no adequate treatments to prevent or stop the progression of the disease,’ said study author Edward Zamrini. We hope to develop a simple scale that can be individualized so people can see the benefits that even incremental improvements in fitness can deliver.

A limitation of the study was participants were mostly white men so results may not be generalisable to other populations.

This content is created and maintained by a third party, and imported onto this page to help users provide their email addresses. You may be able to find more information about this and similar content at piano.io 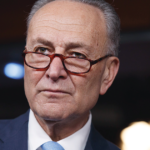 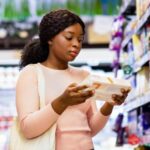 Practicing breathing, finding your “why” and engaging in exercise you enjoy can all better your mental health. Image Credit: PeopleImages / iStock / GettyImages We […]

The Recorder – Health, fitness focus of Sunday expo in Warwick