There is no denying that 1000-lb Sisters star Amy Slaton’s life was changed when she gave birth to her first child, Gage, over a year ago.

Amy Slaton’s life has been turned upside down on 1000-lb Sisters with the birth of her first child, Gage, but in a good way. Thanks to her successful YouTube videos with her sister, Tammy Slaton, Amy found fame. Now, instead of a TV career, Amy is looking forward to being a full-time mother.

1000-lb Sisters viewers are fully aware that for a very long time, all Amy ever wanted was to be able to call herself a mother. This maternal instinct was the driving force behind her weight loss and qualifying for gastric bypass surgery. Amy and her husband, Michael Halterman, were excited to announce the birth of their first son, Gage, a year ago. Since then, Amy has been very open about her family on social media, which has included numerous photos and updates. Amy also announced that she and her husband are expecting their second child, another boy, at the end of the summer. Now Amy is making sure to spend all the time she can with Gage before the new baby arrives.

There is no doubt that Amy seems to find a lot of peace in motherhood. The reality star has admitted to feeling fulfilled in her life thanks to the birth of her son. Viewers have watched for the past year as she has cared for Baby Gage. The new responsibility helps her to focus a bit less on her drama queen sister, Tammy, who is known for her wild tantrums. Thanks to Gage, Amy’s life seems to have more meaning. It can also be argued that Gage’s birth has helped to make Amy’s life better.

Now, instead of falling into a depression after being screamed at by Tammy, Amy has something bigger to live for. Gage has positively impacted Amy’s ability to stay on track with her new healthy lifestyle. Amy’s photos on social media are a good indication that she thrives at being a parent. Amy has been able to keep her house tidier than before and make smarter decisions. 1000-lb-Sisters viewers are thrilled with Amy’s ability to selflessly parent and are looking forward to her handling two under two.

Of course, Amy isn’t perfect and has come under fire recently from those who watch 1000-lb Sisters. Amy admitted that she is still smoking while pregnant, which led to an uproar. Even though Amy is far from being the example of a great mother, she is taking each day in stride and hopefully learning from her mistakes. For now, she will continue to post amazing content of herself and little Gage enjoying their time together.

Jennifer is an avid Reality TV follower and is fluent in all Real Housewives drama along with the ups and downs of the 90 Day Fiance sagas. When she is not writing she enjoys traveling the world in search of the best beaches! Jennifer has been writing for over 15 years and would like nothing more than to have a proper sit down with the women of RHONY to ‘Make It Nice.’ 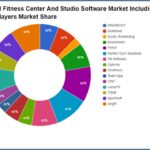 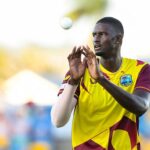 Next Article No Holder, Evin Lewis or Hetmyer for West Indies’ ODI tours of Netherlands and Pakistan

Can Life Insurance Be Considered An Investment?

Can we perceive life insurance as an investment? While the primary purpose of life insurance is to safeguard the financial future of a policyholder’s nominees/family […]

RESTN is developed essentially to cover all daily activities like – walking, jogging, running, resting and many more. Users of the Restn program are rewarded […]

LeanBiome is a famous weight loss formula used by anyone who wants to lose weight and prevent health problems. According to the manufacturer, this probiotic […]

Ultra Omega Burn Reviews – Should You Buy Or Waste Of Money

Weight loss is a personal journey that many people struggle with. It can take years due to slow metabolism, lack of motivation, and unhealthy eating […]