New white-ball captain Nicholas Pooran will be without Jason Holder, Shimron Hetmyer and Evin Lewis during West Indies’ ODI tours of the Netherlands and Pakistan starting May 31. Instead, Jayden Seales, Shermon Lewis and specialist batter Keacy Carty have been included as new faces in the 15-member squad that will play the six ODIs that are part of the ODI Super League championship.

While Hetmyer has been given a break so he can be home for the birth of his first child, a statement from Cricket West Indies said Even Lewis was not considered since he failed CWI’s fitness criteria. Holder has been rested, with workload management cited as the key reason. All three are part of the ongoing IPL season even though Hetmyer has since left the tournament bubble to be with his family.

Fast bowlers Seales and Shermon Lewis have been selected for ODIs for the first time. The other new face, Carty, is a 25-year-old batter who averages 25.05 in List-A cricket after 23 games. In March, he scored 57 and 49 against the England Test squad in a warm-up game representing a CWI President’s XI. His selection also makes history as he is the first player from St. Maarten to have received a West Indies call up.

“We were impressed with Carty and the way he goes about his innings, we saw several glimpses of his ability the way he played against England earlier this year for the CWI President’s XI,” lead selector Desmond Haynes said in a release. “We hope that giving him this opportunity he will recognize the importance of representing West Indies. We think he is a young batsman with great promise, and this is the kind of tour he can show he fits in.

“We also have a very good group of young fast bowlers who have demonstrated their ability and we want to use these two tours to give them opportunities in the 50-over format. We have a week in The Netherlands and another week in Pakistan and this should provide them with quality opposition to bowl against as we build towards the Cricket World Cup in 2023. Phillip has been around for some time, and we know what he can offer, Seales has been very good in Test cricket and Lewis is making a return to the West Indies set-up following some good performances. “

West Indies are currently not among the spots for direct qualification into the ODI World Cup in India next year. They are tenth on the Super League points table, having lost each of their three most recent ODI series, including an unexpected 2-1 defeat to Ireland at home.

After this tour, West Indies will have only three remaining games in the Super League – a postponed home series against New Zealand. If they fail to achieve direct qualification, they will have to enter the competition via a qualifier tournament, a route the side used to reach the 2019 World Cup in England. 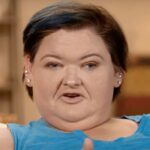 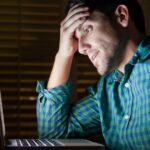 It is important to follow appropriate guidance when pursuing fitness goals. However, with so much information available online, it can be challenging to sift through […]

Photo: Yellowj (Shutterstock) You may know how to pull a hoop like a pro, but did you know that you can put those skills to […]

Photo by Aram Boghosian June 13, 2022 Submitted by Wendy Pierce The Launch at Hingham Shipyard will play host to a summer concert series again […]