A pandemic, lockdowns and two pregnancies have not stopped Anna Russell from jumping on her bike almost every day for the past three years.

Rising at 5.30am, Russell manages to hop on her bike downstairs, race for 40 minutes with an online community and get back upstairs by the time her three kids wake up.

Fitting in a chat with LockerRoom the same morning, the competitive triathlete and Ironwoman expertly juggles explaining the world of eSport racing while managing her recently woken seven month old daughter, Aria.

Russell was racing up until the day before Aria was born. With the approval of her obstetrician, she was back on the bike within a week of giving birth.

Online racing has been an ideal way for the 39-year-old to stay fit, train for “real life” races (she’s qualified for next year’s half Ironman world champs) and continue living a healthy lifestyle. All from home and fitting around her schedule as a triathlete coach as well.

Russell competes on Zwift, an app cyclists and runners can use to race people around the world – all virtually. When Russell was pregnant with her second son in 2019, she started using the app for running, but quickly signed up for cycling as well.

“It just fitted my lifestyle perfectly,” she says. “I could Zwift while the kids were asleep, it was really good to keep fit while pregnant in a safe way.”

The basic set-up includes a bike, stationary trainer and the Zwift app which connects via Bluetooth.

Russell and her family live in Auckland, and she admits the traffic is one of the factors that keeps her riding indoors. The risk of injury while cycling on the busy Auckland roads is too high – when a stationary bike in her house is pretty failsafe.

“There’s just no concern with that, unless you go really hard and fall off your trainer,” she laughs. “The chance of having an accident is nil, so that’s been really nice as well.”

The emergence of eSports has been a gamechanger for Russell and other mums, and not just during lockdowns or through the pandemic.

“I know there are a lot of parents on there [Zwift] because you can jump on at any time, ”Russell says. “It’s very low-impact on a family as opposed to heading away for a whole weekend to go do a race.”

Russell was a competitive triathlete before having kids, racing on the world stage in triathlons and Ironman competitions.

“Training for Ironman is quite a different beast, a lot of hours in a week I just don’t have anymore, but it was an awesome, awesome experience at the time,” she says.

During the first lockdown in March 2020, Russell noticed a demand from New Zealanders stuck in their homes, and decided she would create an online series for Kiwis, which she could commentate from her laptop.

Around 800 people were racing, with viewership consistently over 7000 weekly, which inspired a partnership with Zwift, who were looking for a commentator. It’s something Russell now loves.

Russell’s background is in the corporate world – supply chain and change management. For five years she worked for Triathlon NZ as their director of community development, getting more people into the sport.

Now with the help of YouTube tutorials, she’s also grown into an eSport producer, helping to produce the Australian elite eSports series and the Asia Pacific league. It’s similar to producing traditional sports coverage, but all from a home set-up.

“You’re getting the right camera angles and pulling in all the data and sending it out and having other commentators come in,” Russell explains.

“I love it, it’s so fun and really easy to just do from my house.”

Completing her post-grad studies in sports psychology after having her first child, Russell found her study complementing her holistic approach to coaching – one of her biggest passions.

“I found when you come to race day, as long as you’ve done the training, 80 percent of it comes down to your mentality,” she says.

She was coaching around 18 athletes during lockdown, even encouraging them to have a basic Zwift set-up at home to keep them moving.

While other methods of staying fit during lockdown could be isolating, the eSports community is very social and gives a chance for worldwide connection. Russell has a twice-weekly ride with six other women across the globe.

“Especially in the last two years, where we’ve all faced a bit of a lack of that social element, this has just been so nice,” says Russell.

“I get to talk to a whole bunch of people from around the world and get to know them better, and a lot of them have become friends now. I say the holistic element in that regard is a huge part of the platform. ”

eSports are also very accommodating and welcoming to women, Russell says, praising the acceptance of the online community.

Russell admits it can be intimidating to attend a cycling race in person for the first time, especially for women.

“Whereas with this, you’re in your house, no one sees you, you can kind of live vicariously through your little avatar,” she says.

“It just gives a lot of women a lot more confidence to get involved and actually get on there and race and have the support of their teammates.

“The platform has done huge things for women in sport in particular, just with reducing those barriers to entry.”

While Russell says she’ll “always keep doing eSport”, there are some real world challenges that might draw her back.

She’s qualified for the Ironman 70.3 world championships next year – commonly known as a half Ironman – which consists of a 1.9km swim, a 90km bike ride and a 21.1km run.

Being able to train for the run and the cycle legs from the safety of her own home, at any time that suits her, has been the perfect way for Russell to keep race-fit in her time away from in-person competitions.

“I don’t think I would have kept this fit through my pregnancies without Zwift,” she says. “It means if there is an event coming up in the real world, I can just go and do it cause I’m already fit.

“Then I can just go and enter the events when I want to and when they work with our family schedule.

“With kids, you’ve got to be fit, and just in general, you want to be healthy right? So the more you can make it fun, the easier it is. “ 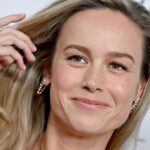 FARGO, ND (Valley News Live) – The Fargo Parks Sports Complex is one step closer to becoming a reality for the Fargo community. On Thursday, […]