In India, the National Nutrition Week is observed every year from September 1 to September 7 to raise public awareness about nutrition and healthy eating habits among the Indian public.

The week is observed to make people understand the importance of nutritional and adaptive eating habits so that they can maintain a healthy lifestyle free of illness and especially when we lived through the covid times so the awareness regarding health is very crucial.

Unfortunately India has some of the highest rates of malnutrition especially among children and although the situation has improved drastically through various government programs in recent times but still there is a long way to go.

In 1975, the members of the American Dietetic Association (ADA), now called as the Academy of Nutrition and Dietetics, started the National Nutrition Week in March in the United States. It was observed to raise public awareness about the value of good nutrition in life but also to promote the profession of dietitians among the people as they were often neglected as a profession.

And this initiative received a very warm response that from a week long celebration it turned into a month long celebration in the US. Inspired by this movement the Indian government also decided to start its own National Nutrition Week for the same purpose of educating individuals about the importance of nutrition and to encourage them towards adopting a healthy lifestyle.

Thus to increase its efforts towards eradicating malnutrition and to promote healthy lifestyle among the Indians, the government of India has launched various initiatives in recent times like Poshan Abhiyan for creating awareness regarding healthy issues and Fit India Movement for encouraging people to remain fit and healthy.

For a healthy survival one must require the essential nutrients and food for growth and a long and good lifestyle. Nutrients such as carbohydrates, fibers, fats, proteins, minerals, proteins, vitamins and water must be an important part of our diet to maintain our immune system always healthy.

Because of the lack of nutrients in a body a person’s immune system becomes very vulnerable to viruses and bacteria present in our atmosphere and as a result we easily get affected with viral fevers, cold and covid especially when we have recently seen the devastation caused by it and we certainly don’t want that to happen now but new emergence of diseases like monkeypox now continues to come so it is important to be preventive.

It is a known fact that a good nutritional diet is essential for a healthy mind and body. And there are very famous sayings like ‘health is wealth’ which continuously reminds us of the importance of health. And thus this 7 days long event is very important and is organized by India’s Ministry of Women and Child Development every year.

During these events the government organizes huge programs across the country to observe it during which a large number of workers and even people volunteer for spreading awareness regarding health and nutrition.

Every year while celebrating the National Nutrition Week, the government of India also launches a specific theme in which it keeps the focus mostly regarding the specific theme of that year.

The theme for National Nutrition Week in 2021 was “feeding smart right from the start”. So as you can see that this theme is mostly applied to parents to maintain good and healthy eating habits for their children from the start. It gives a suggestion to the parents to make their children eat healthy and nutritional food from the start itself so that they would be already in the habit of intaking healthy food in this way we can end malnutrition.

The theme for the National Nutrition Week in 2022 is yet to be announced by the government of India and that’s why we don’t have it now but we will inform you about it as soon as we get updates regarding it so in order to know that keep updated to our website.

1. When is National Nutrition Week observed?

National Nutrition Week is observed annually on every first week of September in India.

2. What is the National Nutrition Mission?

National Nutrition Mission or Poshan Abhiyan is an initiative launched by the government of India in 2018 which aims to tackle the malnutrition problem prevalent in India.

3. When was National Nutrition Week started?

The National Nutrition Week was launched by the Indian government for the first time in 1982. 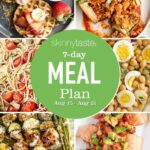 Beyond flexing the sinews: How muscle matters in health quotient | Lifestyle Health

New Delhi: Muscles are the largest component of your total lean body mass (or LBM), which is everything that makes up your body except for […]

Express News Service KOCHI: It is a frightening experience when the ground beneath your feet slips. Dizziness and balance disorders invoke more fear than their […]

Deca Steroids Cycle, Side Effects, Stack, Dosage, Deca Durabolin Before and After Results

A powerful anabolic steroid that deserves a mention here is Nandrolone decanoate, popularly known as Deca-Durabolin in the fitness community.  As per experts, Deca is […]