Pfizer has sent an application to the FDA for emergency use authorization of its updated COVID-19 booster vaccine for the fall, the company announced Monday.

The vaccine, which is adapted for the BA.4 and BA.5 Omicron variants, would be meant for ages 12 and older. If authorized by the FDA, the doses could ship as soon as September.

“Having rapidly scaled up production, we are positioned to immediately begin distribution of the bivalent Omicron BA.4/BA.5 boosters, if authorized, to help protect individuals and families as we prepare for potential fall and winter surges,” Albert Bourla, PhD, Pfizer’s chairman and CEO, said in the statement.

Earlier this year, the FDA ordered vaccine makers such as Pfizer and Moderna to update their shots to target BA.4 and BA.5, which are better at escaping immunity from earlier vaccines and previous infections.

The US has a contract to buy 105 million of the Pfizer doses and 66 million of the Moderna doses, according to The Associated Press. Moderna is expected to file its FDA application soon as well.

The new shots target both the original spike protein on the coronavirus and the spike mutations carried by BA.4 and BA.5. For now, BA.5 is causing 89% of new infections in the US, followed by BA.4.6 with 6.3% and BA.4 with 4.3%, according to the latest CDC data.

There’s no way to tell if BA.5 will still be the dominant strain this winter or if a new variant will replace it, the AP reported. But public health officials have supported the updated boosters as a way to target the most recent strains and increase immunity again.

Last week, Britain became the first country to authorize another one of Moderna’s updated vaccines, which adds protection against BA.1, or the original Omicron strain that became dominant last winter. European regulators are considering this shot, the AP reported, but the US opted not to use this version since new Omicron variants have become dominant.

To approve the latest Pfizer shot, the FDA will rely on scientific testing of prior updates to the vaccine, rather than the newest boosters, to decide whether to fast-track the updated shots for fall, the AP reported. This method is like how flu vaccines are updated each year without large studies that take months.

Previously, Pfizer announced results from a study that found the earlier Omicron update significantly boosted antibodies capable of fighting the BA.1 variant and provided some protection against BA.4 and BA.5. The company’s latest FDA application contains data and animal testing on the newest booster, the AP reported.

Pfizer will start a trial using the BA.4/BA.5 booster in the coming weeks to get more data on how well the latest shot works. Moderna has started a similar study.

The full results from these studies won’t be available before a fall booster campaign, which is why the FDA and public health officials have called for an updated shot to be ready for distribution in September.

“It’s clear that none of these vaccines are going to completely prevent infection,” Rachel Presti, MD, a researcher with the Moderna trial and an infectious diseases specialist at Washington University in St. Louis, told the AP.

But previous studies of variant booster candidates have shown that “you still get a broader immune response giving a variant booster than giving the same booster,” she said.

SOURCES: Pfizer: “Pfizer and BioNTech Submit Application to US FDA for Emergency Use Authorization of Omicron BA.4/BA.5-Adapted Bivalent COVID-19 Vaccine.” 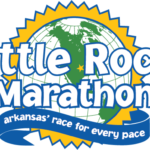 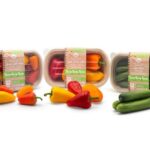 A recent research study by the Market Insights Reports provides key drivers for the growth of the E-Commerce Fitness Products industry. It provides an overview […]

Hello Beaverton. I’m glad you’re here today. We have some changes at city council, a couple of places to catch fireworks on the Fourth and […]

Everything We Know so far, and the Best Early Sales to Shop Now

Summer’s got us all revisiting our fitness goals, which also means replenishing our workout clothes and gear. But these days, shopping for new duds can […]