RKL Season 2, the biggest kabaddi league of north-western region which is also a national-level professional Kabaddi tournament has successfully organized their pre-launch event. The event was held on August 17, 2022, in Jaipur. Satish Poonia, the State President of BJP was the chief guest who graced the event with his august presence. The franchise-based sports league is managed by Atlanture Sports Pvt. Ltd and is one of the most prominent tournaments for Kabaddi in India. International Wrestler, Motivational Speaker and Health Guru Sangram Singh has also been roped in for the RKL Season 2 and he will be the face of the tournament. One of the leading electrical wires and cables manufacturers brands- KEI Industries Ltd, is also roped as the title sponsor of RKL Rajasthan Kabaddi League Season 2.

During the Pre-launch of KEI Wires & Cables RKL Season 2 that was organized at a grand level, a sports fashion show was also organized in which the models walked down the runway wearing sports costumes. Following that, the teams for the season were introduced. The second season will have 8 teams which will be Jaipur Jaguars, Shekhawati Kings, Chambal Pirates, Mewar Monks, Bikana Riders, Jodhana Warriors, Sufi Tigers, and Singh Soorma. These teams will take part in the KEI Wires & Cables RKL Season 2, which will commence from September 21 and will conclude with the final match on September 30. In these ten days, 32 games will be played in total.

KEI Wires & Cables RKL Season 2- The Real Kabaddi will be a perfect blend of sports and entertainment because numerous Bollywood celebrities would also be roped in during the matches. After the disclosure of teams, a simulation of a Kabaddi match took place on the ground. The pre-launch event also saw the presence of Swaroop Khan who gained notoriety for singing Tharki Chokro in the movie PK, singing a few of the Rajasthani songs and some from his album. Dhirendra Singh Raghav (Patron of RKL), JD Maheshwari (NS Advertising), Satish Malik, Lavish Chaudhary, Jashan Preet Kaur, and Shweta Chabarwal were some of the distinguished personalities who were also present at the Pre-Launch of 2nd Season of the KEI Wires & Cables Rajasthan Kabaddi League (RKL- The Real Kabaddi).

Expressing his thoughts on the kickstart of KEI Wires & Cables RKL Season 2 pre-launch event, Shubham Choudhary, said, “Here, in India, sports are so much more than just games, it is an emotion for us as it brings families, friends and even neighbors together. In short, it is like a whole celebration. However, somewhere between these mainstream sports like cricket and football, we Indians forgot to remember the value of our own sports. This is the reason why Rajasthan Kabaddi League was initiated. Now that the pre-launch event of Season 2 was so energetic and magnificent, I feel extremely delighted. I hope this season goes on with full enthusiasm and the upcoming ones also become more successful in putting forth the vision we carry.”

RKL was started with the motive of getting homegrown games the recognition they deserve. Most importantly it also works towards giving the local regional Tier II and Tier III Kabaddi players a chance to perform on a credible platform. The platform is wholeheartedly assisting players to get an opportunity to showcase their talent. RKL is steadily moving towards new horizons of success. Along with players, it is also giving local brands and multiple small regional businesses the opportunity to establish themselves in the world of sports.

Co-Founder and Digital Expert Naveen Choudhary, talking about the KEI Wires & Cables RKL Season 2, stated, “Sports in our country, in recent times, have been given a major push that has led to significant positive results. Not just physical games but digital sports has also seen a massive surge and Atlanture Sports is striving hard to set new dimensions in the world of Blockchain, Metaverse, NFT and E-sports. I am hopeful that this new season of RKL- The Real Kabaddi will set a positive precedent for home-grown games in India.”

The pre-launch event has been held with full zeal, and the RKL team is looking forward to it. Season 2 is going to be live streamed on Jio TV and Sports Tiger and YouTube. My Team 11 will be the ace gaming partner of the tournament. With all this, sports enthusiasts can expect full-on entertainment with KEI Wires & Cables RKL Season 2 scheduled to begin from September 21. 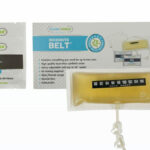 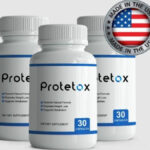 Apple Keto Gummies Reviews:- Reduces Weight and Improves Energy Level.Are you living a lazy and non-active life which does not let you do your work […]

Looking For A Permanent Solution To Lose Weight? Follow These Easy And Simple Tips By Nutritionist Nicky Sagar

Getting into that dream shape is what we all desire. Workouts, strict diets, giving up on food- we try every possible means to be fit […]

Relief Factor is a non-medicated formula that claims to address muscle and joint-related weaknesses keeping you from a fulfilling life. It is one of the […]