Reporter’s Notebook: Dianne Feinstein and the debate over lawmakers’ fitness to serve

It is said that one should count your age by friends, not years – which brings us to 88-year-old Sen. Dianne Feinstein, D-Calif.

Washington has buzzed for a few weeks about whether Feinstein, the oldest lawmaker in either the House or Senate, is up for remaining in office. Recent reports featured lots of unnamed sources and whispers suggesting that Feinstein isn’t “up to the job” at her age and has more than lost her fastball. There is a chatter that she’s easily confused and may suffer from memory issues.

Let’s be clear: We don’t really know how Feinstein is. That’s something only known to Feinstein, her physicians, some family members, a few friends, fellow senators or even close aides.

There are virtually no suggestions that members of the House Democratic leadership team have lost a step. House Speaker Nancy Pelosi, D-Calif., Is 82. House Majority Leader Steny Hoyer, D-Md., Turns 83 next month. By comparison, House Majority Whip Jim Clyburn, DS.C., is a spry 81. Feinstein became the oldest member of Congress when the late Rep. Don Young, R-Alaska, died in March at age 88. Sen. Chuck Grassley, R-Iowa, is also 88, but is a few months younger than Feinstein.

There is always grumbling from younger politicos who aspire to matriculate into leadership or chair committees, leapfrogging more senior lawmakers who have held positions for decades. There has certainly been grousing among junior lawmakers about all of these figures. But no one has viable questions about their fitness.

For instance, Pelosi just jetted off to a war zone for an in-person meeting in Kyiv with Ukrainian leader Volodomyr Zelenskyy.

This is far from the first time anyone has expressed concerns about a lawmaker, perceived to have hung around too long.

A great example of this was the late Sen. Strom Thurmond, RS.C. Thurmond served in the Senate for 48 years before retiring in 2003 at age 100. Thurmond was the oldest serving member of either body. He is also the only lawmaker in American history to ever hit the century mark and still be in office. Thurmond died a few months after his retirement. Consider this about Thurmond’s political longevity: Thurmond opposed civil rights and ran for president in 1948 on the States’ Rights party against President Harry Truman. Thurmond carried four states and collected 39 electoral votes.

It was obvious to those who worked in the Senate or covered Congress in the 1990s and early 2000s that Thurmond was in decline. As Senate president pro tempore, Thurmond would preside over the opening of the Senate and struggle to see his fellow senators seeking recognition to speak on the floor. He gave up the gavel of the Armed Services Committee in 1999. But many in the public saw Thurmond up close in 1991 as the ranking Republican on the Judiciary Committee during the shocking confirmation hearings for Justice Clarence Thomas. The not-ready-for-prime-time Thurmond deferred to Sens. Orrin Hatch, R-Utah, Arlen Specter, R-Pa., And Alan Simpson, R-Wyo., To pursue the most controversial and visible questioning of Thomas and accuser Anita Hill.

The late Sen. Jim Jeffords, Vt., Died 2014 after retiring from the Senate in early 2007. Doctors diagnosed Jeffords with Alzheimer’s in 2008. But there were a lot of hushed conversations on Capitol Hill about Jeffords’ health and whether he was struggling during his final years in the Senate. Journalists in Vermont complained about a sudden lack of access. An aide suddenly appeared around Jeffords, ushering him to and from votes on the floor. The aide would often intervene when reporters tried to pose questions to Jeffords. And in one instance, reporters even found a seemingly confused Jeffords wandering around the House wing of the Capitol, thinking that was where he should go to vote. Jeffords served in the House from 1975 to 1989.

The late Sen. Thad Cochran, R-Miss., Often seemed disoriented during his final years in the Senate. Aides frequently accompanied Cochran around the Senate hallways as he appeared more feeble. Yet Cochran continued to chair the Senate Appropriations Committee. Cochran told reporters “don’t believe everything you hear,” when they asked if he would retire. A frail Cochran would sit on the floor, an aide nearby, sometimes nudging him to vote. On one occasion, Cochran defiantly shouted “yes” during a roll call vote, despite advice to vote nay. Cochran announced his retirement in early 2018. He died a year later.

Capitol Hill watched the decline of Sen. Robert Byrd, DW.Va., for years. Byrd left the majority leader post in the late 1980s to focus on his stewardship of the Senate Appropriations Committee. Byrd remained in the Senate for another two decades. Byrd is the longest-serving senator in US history: 51 years. In 2008, Byrd was president pro tempore of the Senate, third in line to the presidency. But Byrd’s declining health raised questions if he should continue to serve in that capacity – especially after a lengthy hospitalization. Byrd returned to the Senate and mostly maneuvered around the Senate in a wheelchair. He died in 2010.

Late House Appropriations Committee Chairman William Natcher, D-Ky., Fell into ill health in early 1994. Natcher cast 18,401 consecutive votes in the House over a more than 40-year career. In fact, when Natcher suffered heart problems in 1994, the House canceled votes for a day just so Natcher’s streak would remain intact. Medical professionals wheeled in Natcher on a hospital gurney to vote a couple of days later. He voted from there and died the next day.

So, what is the public to do if a lawmaker appears to have lost a step or suffers sporadic memory issues?

Not much. The only recourse is the ballot box.

The Constitution is clear. Article I, Section 2 of the Constitution sets the only qualifications for House members as 25 years of age, seven years a citizen and mandatory state residency. For the Senate, it’s 30 years of age, a citizen for nine years and also a resident of the state they intend to represent.

Of course, these raises questions about a potential failsafe. Or whether lawmakers should “do the right thing” and step down if they aren’t as swift as they used to be.

But that is a decision left to the lawmaker. Ambitious politicos who wish to climb the ladder are sure to scoff at the mental acuity and stamina of certain older lawmakers.

California is the largest state. Feinstein has served in the Senate for nearly 30 years. There aren’t a lot of opportunities for advancement. It may not be fair to Feinstein. But this is why news stories, conjecture and innuendo start to appear about an elderly lawmaker who may not be as lucid as they used to be.

Which is why senior lawmakers should perhaps count their age by friends, not years. 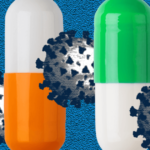 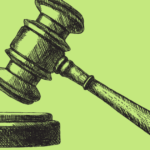 “For them, it was immediately obvious what the benefits were and how you only pay for the five microseconds that this code runs, and any […]