The Supreme Court will not hear an appeal from two self-insured employers and their workers, which sought to hold Anthem and Express Scripts accountable for prescription drug costs, the high court announced Monday.

The move does not mean the end of scrutiny for the PBM industry, or a narrower scope of health plans’ fiduciary duties under the Employee Retirement Income Security Act of 1974, said Dan Kuperstein, a senior vice president of compliance at Corporate Synergies consultancy and an attorney who specializes in employee benefits.

“These are some of the next big questions, “ Kuperstein said.

Over the past decade, courts and Congress have more broadly defined the fiduciary duty health, welfare and retirement plans have to their customers. Much of the regulation has focused on the responsibilities retirement and welfare plan operators have to participants.

In 2012, the Labor Department ruled that investment of retirement plan assets is a fiduciary act governed by ERISA. This opened the door to litigation from workers alleging their employers failed to effectively manage their retirement accounts. Healthcare companies such as Centene, DaVita and Boston Children’s Hospital have been targeted with such complaints this year.

The Consolidated Appropriations Act of 2021 expanded this duty to group health plans. The statute mandates that self-insured employers assign fiduciaries to review compensation for consultants, brokers, insurers and other service providers who structure and administer health benefits.

If courts had ruled in favor of the plaintiffs in the case the Supreme Court declined to review, group health plans’ legal responsibilities could have widened even further to include effective administration and oversight of prescription drug service providers.

“Plaintiffs were essentially arguing that PBMs, because they can exercise discretion in their contracts over the pharmaceutical prices, that they have this official duty, “ Kuperstein said. “But it wasn’t in the agreement. They didn’t agree to take on that duty, and it seemed like a stretch to take it that far. “
In May 2016, plaintiffs Stamford Health in Connecticut, export firm Brothers Trading Co. and several plan members covered by Anthem and Express Scripts alleged that Anthem’s $ 4.7 billion sale of its NextRx subsidiaries to Express Scripts in 2009 allowed the PBM to inflate prescription drug prices, violating a legal requirement under ERISA to act as a fiduciary.

At the time, Express Scripts offered Anthem two acquisition options: $ 500 million for the NextRx group with a guarantee it would offer lower drug prices to policyholders, or $ 4.7 billion for the three PBMs but higher prices for enrollees, according to the lawsuit. By accepting the latter, Anthem increased medication costs for its members, violating its obligations, the plaintiffs contended. Anthem and Express Scripts countered that plaintiffs arguments were too dissimilar to be consolidated thing a class.

The US Circuit Court for the Southern District of New York dismissed the proposed class-action lawsuit against Anthem and Express Scripts in 2018 and the US Court of Appeals for the 2nd Circuit affirmed that decision two years later. The Justice Department subsequently asked the high court not to take up the appeal. The Supreme Court’s denial puts an end to the case.

Express Scripts, which insurer Cigna purchased for $ 67 billion in 2018, is pleased the Supreme Court denied to review the lawsuit, a spokesperson wrote in an email. Anthem did not respond to an interview request.

Under ERISA, a plan’s fiduciary duty includes acting solely for the interests of the beneficiary. The district court determined that Anthem was not acting in that capacity when it agreed to the transaction with Express Scripts, even if the sale of its corporate assets affected ERISA plans. Because its contract with Anthem controlled Express Scripts’ compensation, the judge nullified the complaints.

“The PBM Agreement provided Express Scripts with extraordinarily broad discretion in setting prescription drug prices, [but] at bottom the ability to set such prices is a contractual term, not an ability to exercise authority over plan assets, “the appeals court decision says.

The Supreme Court’s decision not to take up a case represents a big win for PBMs, said Adam Block, a health economist and assistant professor at New York Medical College.

The action also signals that PBM regulation is not a priority for the high court, Block said. The Supreme Court may have decided not to hear the case because there is no single regulatory body that oversees PBMs, Block said. “This would be a pathway to regulation, “ he said.

Earlier this month, the Federal Trade Commission announced an investigation thing PBMs’ business practices. Regulators will require Express Scripts and the five other largest PBMs to reveal information about their operations to gauge how their activities influence drug pricing and access. The agency also announced a new enforcement policy for PBM rebates and fees that may prohibit competitors from targeting lower-cost drug alternatives.
Anthem ended its contract with Express Scripts in 2017, and sued the PBM over allegations it withheld billions in savings and overcharged the insurer for $ 3 billion annually for seven years. The legal dispute was a driving force behind Anthem’s partnership with CVS Health to launch an in-house PBM.

The US Circuit Court for the Southern District of New York dismissed most of Anthem’s claims against Express Scripts in April. The judge found that the PBM did not belong to Anthem $ 14.8 billion in alleged prescription drug overpayments and that the insurer was not entitled to $ 150 million in reimbursements over alleged improper federal submissions of prescription drug data and slow resolutions of customer service issues. The court did rule that Anthem is contractually entitled to undisclosed reimbursements for prior authorizations the PBM incorrectly approved. The ruling ended a lengthy feud between Cigna and Anthem, which once planned a $ 54 billion merger that a federal court blocked in 2017. 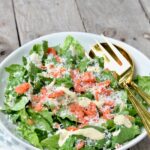 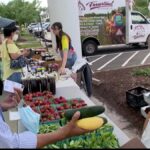 The dire shortage of pediatric hospital beds plaguing the nation this fall is a byproduct of financial decisions made by hospitals over the past decade, […]