Teladoc Health has been hit with a lawsuit accusing the company of violating federal securities laws and downplaying challenges it faced in its mental health and chronic care businesses.

Schneider is seeking class action status for the suit, with the class consisting of purchasers of Teladoc stock between Oct. 28, 2021 and April 27, 2022.

“As a result of Defendants’ wrongful acts and omissions, and the precipitous decline in the market value of the Company’s securities, Plaintiff and other Class members have suffered significant losses and damages,” the complaint alleges.

A spokesperson for Teladoc denied the allegations. “There’s no factual basis to the suit whateversoever, but unfortunately this type of frivolous litigation has become commonplace for public companies today,” the spokesperson wrote in an email.

Purchase, New York-based Teladoc, which went public in 2015, has seen its share price drop since April 27 when it released first-quarter financial results and updated its full-year outlook after the market closed. Since closing at $ 55.99 a share April 27, shares plunged as much as 38% in after-hours trading. On Monday, Teladoc closed at $ 34.61 a share.

The proposed class period starts the day after Teladoc released its 2021 third-quarter financial results in October 2021. During a call with financial analyzes to discuss third-quarter results, Gorevic provided a preliminary outlook for 2022, in which he said he expected Teladoc to generate about $ 2.6 billion in annual revenue.

In the lawsuit, Schneider alleges Teladoc and its executives had not disclosed that increased competition was negatively affecting the mental health and chronic care businesses.

Teladoc in the preceding months had expressed confidence about the company’s business, including its chronic care and mental health offerings, the complaint alleges. The company had referred to itself as the “leading global virtual healthcare provider” and described its direct-to-consumer mental health service as the “leader in the D2C therapy market,” the lawsuit alleges. 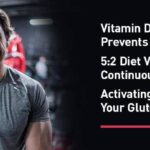 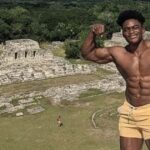 Next Article ‘America’s Got Talent’ Season 17: Who is Marvin Achi? Fitness expert is also a chemical engineer