Tom Bechtel, coordinator for the JB Chambers I-470 Sports Complex and retired director of the Wheeling Recreation Department, speaks during the dedication of Conlin’s Corner in 2019 at the sports complex. Bechtel has been named the Wheeling YMCA’s 2022 Light of the Valley.

WHEELING – For more than 45 years, Tom Bechtel has served as a light to youngsters around the region through his role as head of the city of Wheeling’s Recreation Department and also his oversight of the JB Chambers I-470 Sports Complex.

Now, the Wheeling YMCA is honoring him on a broader scale by naming him as the organization’s 2022 Light of the Valley.

Bechtel retired as the city’s director of Recreation in 2019 after 45 years of service. Soon after he became coordinator for the city’s JB Chambers I-470 Sports Complex in Elm Grove, a position he continues to hold today. He is also the Ohio Valley Athletic Conference’s Softball commissioner.

Adam Shinsky, executive director of the Wheeling YMCA, said the Y’s mission and Bechtel’s life work has been the same – to help children.

And because of this the Y and Bechtel have had a great relationship for decades.

“He has exemplified a life of service to the children of our community and that’s what the YMCA Light of the Valley award is all about,” Shinsky said.

A luncheon honoring Bechtel is scheduled for noon Aug. 24 at the Wheeling Park’s White Palace. People can purchase tickets or tables by calling Shinsky at 304-242-8086. During the gathering Bechtel will be given the Dr. Lee Jones Patron of Youth Award.

“Dr. Jones was a former physician in the area. He was always big on the YMCA and doing good works for youth. He never had children of his own so he was dedicated to helping children in our area, ”Shinsky said.

The guest speaker for the event will be Doug Wojcik, a Wheeling Central High School graduate and assistant basketball coach at Michigan State University.

Shinsky noted the luncheon is also Y’s biggest fundraiser of the year.

Bechtel said he is honored to be chosen to receive this year’s award.

“I’m extremely humbled. I’ve been to a good number of dinners and the honored people have been really great people. So I’m in some good company if I’m receiving this honor, ”he said.

Bechtel said he originally took the job with the city’s Rec Department thinking it would be a temporary position.

“Forty-five years later I retired so it worked out. I couldn’t have asked for a better job, ”he said.

Bechtel said in addition to keeping the fields at the I-470 Complex he continues to serve as an official for basketball, softball and football, something he’s enjoyed doing for many decades.

“I have dedicated my life to the kids of the city and valley and I’ve loved every minute of it. It’s not that I need an award, but it’s a humbling experience to be recognized for my time and efforts, ”he said.

Jamie Bordas, president of the Wheeling YMCA’s board of directors, said Bechtel is very deserving of the honor.

“We are very pleased to honor Mr. Bechtel. There is probably not a child that plays sports in the Ohio Valley in the last four decades that hasn’t been impacted by Tom Bechtel in some way, ”Bordas said.

Bechtel has been a part of many different sports and activities in not just paid positions, but volunteer roles as well. His work benefits youth in the Ohio Valley and beyond, Bordas said.

“He’s truly dedicated his entire life to youth and the Ohio Valley, making it a better place to live and grow up. He is certainly deserving of this honor, ”Bordas said.

Bordas noted the Y has been blessed to have the support of so many businesses in the community to support the event. “It helps the Y to continue to be a great place for children and adults alike to engage in a healthy lifestyle,” he said.

Tom Bechtel, coordinator for the JB Chambers I-470 Sports Complex and retired director of the Wheeling Recreation Department, speaks during the dedication of Conlin’s Corner in 2019 at the sports complex. Bechtel has been named the Wheeling YMCA’s 2022 Light of the Valley. 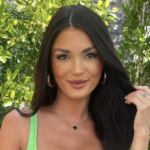 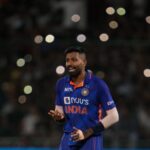 As much as you’d like to look as young as you feel, pesky sun spots, brown spots, and other visible signs of skin aging certainly […]

Prahlad is a short film based on actual events revolving around the life of the Late Shri Pralhad P. Chhabria, adapted from autobiography- ‘There’s No […]