WFH is woeful for your health: A fifth of those working from home exercise less, a third are eating more – and the toll could take YEARS to tackle, says Bupa

By Xantha Leatham And Martin Beckford For The Daily Mail

It could take years for the nation to recover from the negative health impacts of working from home, a report warns.

The lingering effects of the pandemic mean a fifth of those working from home exercise less while a third are eating more, according to research.

Half of the people have not visited their GP in the past year and 60 per cent have not had a dental check-up, the findings reveal.

Experts warn it ‘may be some time’ before the UK returns to pre-pandemic levels of physical and mental health. 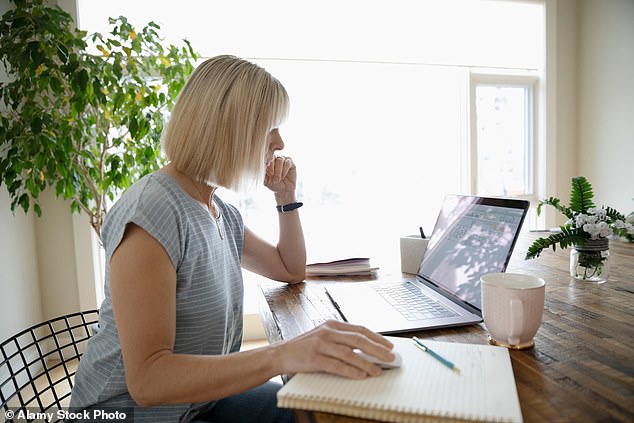 On the home front, the PM is determined to get Britain’s workers back to their desks, not least in the Civil Service (stock photo used)

The risks of a sedentary lifestyle are well-documented, with previous studies suggesting that inactivity can be as harmful as smoking while spending more time sitting down is associated with an higher risk of diabetes, cardiovascular disease and blood clots.

The Wellbeing Index, by healthcare insurance company Bupa, is based on a survey of more than 8,000 adults in the UK in March.

About 15 per cent said they are still drinking more alcohol compared to the start of the pandemic while the mental health of 34 per cent has declined due to lockdowns and the impact of increased remote working.

Dr Robin Clark, medical director for Bupa Global & UK said: ‘Lockdowns, gym closures and general uncertainty made it difficult for many to prioritize their health during the pandemic.

Despite ending restrictions, it looks like, as a nation, we’re still struggling to stay active and eat well with the unfortunate consequence that it may take years for our health to return to pre-pandemic levels.

‘This is worrying because the World Health Organization has identified exercise and physical activity as one of four habits – alongside a healthy diet, avoiding harmful use of alcohol and not smoking – which will dramatically reduce the risk of cardiovascular disease.’

The report found, however, that the majority of people have resolved to improve their habits. A third said they want to cut down on unhealthy food while 30 per cent said they aim to exercise more regularly.

Dr Clark added: ‘Taking the first steps towards a more active, healthy lifestyle is key and it’s really encouraging to see health is firmly back on the agenda for many attempting to reverse some of the negative side- effects of “staying at home”. ‘ 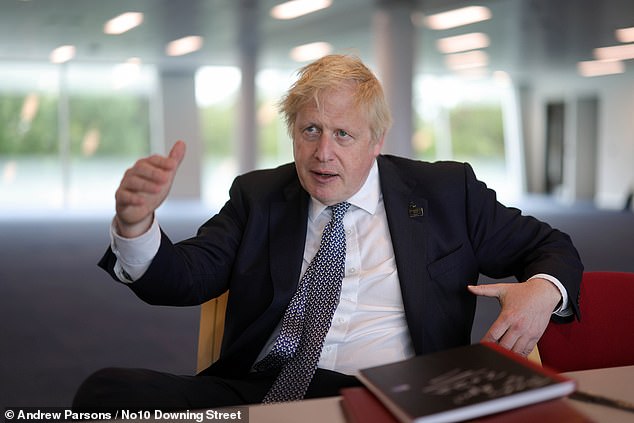 In an exclusive interview with the Daily Mail, the Prime Minister says full workplaces will lift productivity and revive town and city centers

‘It also indicated that, irrespective of country of residence or age, participants reporting reduced physical activity experienced poorer physical and mental health.’ She said research on the pandemic’s impact confirms ‘the value of investing in our present and future self by improving our health behaviors’.

Surveys revealed sedentary lifestyles were already a serious pre-pandemic problem. Official statistics show 28 per cent of adults were obese and another 36 per cent were overweight before the lockdowns.

Meanwhile the Business Secretary defended Boris Johnson over his claims that working from home hinders productivity as staff spend time ‘walking very slowly to the fridge, hacking off a small piece of cheese, then walking very slowly back to your laptop and then forgetting what it was you’re doing ‘.

Kwasi Kwarteng said it was ‘entirely reasonable’ for the Prime Minister to suggest staff waste time instead of focusing on their jobs. The minister added most would work more effectively in offices, particularly those learning a job.

The PM also told the Daily Mail on Saturday that the workplace is good for productivity, businesses in city centers and public transport. 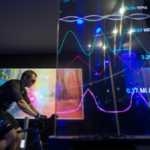 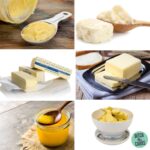 The School Of Business, Woxsen University, Establishes International Advisory Board

The School of Business, Woxsen University announces the establishment of an International Advisory Board (IAB), comprising renowned experts from diverse backgrounds, disciplines and industry. The […]

Humans do not consciously control their breathing, as it is an automatic bodily action that occurs constantly. Nevertheless, there are so many people around the […]

Do I get to view the Exipure in the before and afterwards results?  Does this weight loss supplement cause any side effects?  After a lot […]

By N. Lothungbeni Humtsoe New Delih, May 6 (IANSlife): Ever wondered why we have a special name for a certain number of years in […]