Cryptocurrencies are a type of digital currency where records are kept and transactions are validated by a decentralized system employing encryption as opposed to a central authority. Since they were introduced, cryptocurrencies have been involved in an arms race of sorts to see which one would end up on top.

Spotlight coins like Bitcoin (BTC) and Ethereum (ETH) are always in the headlines of cryptocurrency news. However, there are some fairly unknown tokens with ideas that can move the industry forward.

Chief among these is Adirize DAO (ADI) which intends to change the idea of ​​stablecoins for the better. Tezos (XTZ) and Kava (KAVA) are also on the coin market with their plans to move the industry forward.

Adirize DAO was created to provide users with a truly decentralized stablecoin that is not reliant on any fiat currency and is not as volatile as regular cryptocurrencies.

The long-term goal of the Adirize DAO is to develop the Adirize token, ADI, into a stablecoin that can be used in everyday transactions with the reasonable assumption that values ​​will be steady over time, independent of a traditional peg, by utilizing a treasury of assets.

Intending to create a self-amending blockchain, husband and wife Arthur and Kathleen Breitman began development in 2014, and Tezos (XTZ) was released to the blockchain world in 2018.

They wanted to create a system where owners of the Tez, the cryptocurrency of the Tezos blockchain, represented as XTZ, would be able to vote on changes that would be made to the rules. Once voting was done, the Tezos (XTZ) blockchain would automatically update itself.

With the major advantage of being guided by the interest of its users, Tezos (XTZ) operates like other cryptocurrencies and can carry out peer-to-peer transactions and operate as a platform for smart contract deployment.

Successful cryptocurrencies have the backing of users who trust them and by ensuring that the community determines its future. The Tezos (XTZ) blockchain is designed to grow in a direction that favors that community.

Kava (Kava) is governed by the decentralized autonomous organization, KavaDAO, and it enables users to lend and borrow assets without the requirement for a conventional financial intermediary by utilizing several cryptocurrencies. Development started in 2018 and it was launched in 2020 by Kava Labs.

Kava (Kava) works by letting users trade their cryptocurrency assets for USDX by collateralizing them. Within the Kava (KAVA) network, USDX serves as the stablecoin, and to get loans, users will have to lock up their cryptocurrencies in a smart contract to serve as the collateral for their loans. These decentralized loans are the Kava platform’s core offerings.

As a DeFi project, Kava (Kava) has massive potential. The team is constantly working to make it better and add more functionality and because of this continuous development, it has long-term earning potential in the crypto market.

In times of uncertainty, it is best to look to those who try to innovate and improve the way things are done. Not just those who are in it for the money and don’t provide any value. 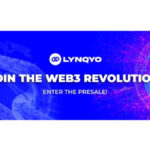 If you’re struggling to slim down and get that beach bod you’ve always wanted, PhenQ diet pills might be the game-changing fat burning supplement you […]

BTC hit another rough patch a few hours ago as it dipped to its lowest value since July 13. In less than two hours, the […]

This year alone, the Bitcoin Network omitted almost 50 million tons of CO2, which is more than many countries in the world. For a technology […]

Among various programming languages, Java is one of the most widely used. Millions of developers and a huge number of devices globally are using the […]