Brie Larson, who is a well-known gym enthusiast, recently dropped some inspiration on Instagram for her fans through a video of her working the kettlebell windmills like a boss.

New Delhi: Actress Brie Larson is loved by all – while some admire her acting skills, others can’t get enough of her dedication to fitness. The Captain Marvel star, who is a known gym enthusiast, recently dropped some inspiration on Instagram for her fans through a video of her working the kettlebell windmills like a boss.

Brie Larson is often seen breaking a sweat with a rowing machine or while performing one-arm push-ups. In the video, she appears to be performing the advanced exercise quite seamlessly.

Earlier, Larson was seen performing leg pull-ups, squats, deadlifts, push-ups with chains and rowing machine exercises. While preparing for her Captain Marvel role, she admitted to having revved up her workouts – from being unable to walk uphill without being out of breath to work her way up to 400-pound hip thrust and 200-pound deadlifts.

What are the health benefits of kettlebell windmills?

The kettlebell windmills help strengthen the core and improve shoulder stability. Experts recommend people to start with two to three sets of exercise, three to six reps each on each side. It is important to choose the ideal weight and reps to prevent overtraining or injury risk.

Disclaimer: Tips and suggestions mentioned in the article are for general information purposes only and should not be construed as professional medical advice. Always consult your doctor or dietician before starting any fitness program or making any changes to your diet. 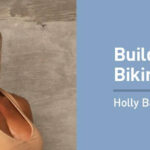 Any childhood soccer players here? Jennifer Garner is about to give you the ultimate childhood throwback. The star brought major soccer-mom energy to LA on […]

Chas Reilly Times correspondent Getting in the water is a nice way to cool off from the heat, but there are many other reasons seniors […]

Chandler has trained on Speede, spoken at the company’s Super Bowl event in LA, and serves on the advisory board Tweet this “At Speede, our […]