On a sweltering Tuesday last August, a new cryptocurrency was born. Called MiamiCoin, it was styled as a way for the crypto-savvy to support the Magic City, and maybe earn some cryptocurrency in the process. A tongue-twisting press release said that MiamiCoins were “programmable city-based tokens that unlock a new community-driven revenue stream for local governments while bringing collaborative technology to its citizens and ecosystem of stakeholders.”

In reality, you can do two things with MiamiCoin: mine it and stack it. The cryptocurrency, created by the Delaware-registered business CityCoins, has a circular life cycle. To get some, you need to buy another cryptocurrency token called Stacks — currently priced at about $ 1 per unit — and use it to bid for MiamiCoin. Only one lucky bidder, or “miner,” can get MiamiCoins every 10 minutes; losers get nothing but the feeling of having lost their Stacks. Whoever wins MiamiCoins can sell them for $ 0.0015 each as of Tuesday on Okcoin, the only exchange that accepts them. Or they can park them (or “stack” them, in crypto parlance), to receive periodic rewards in Stacks tokens. Those Stacks rewards come straight from the wallets of more people bidding (and losing) for MiamiCoins. Stacks can, in turn, be stacked to earn Bitcoin rewards.

Michael E. Bloomberg, a visiting researcher at Cornell University’s Urban Tech Hub who has served on the board of the Massachusetts local currency venture BerkShares, compares MiamiCoin to a raffle. “You put in a certain kind of resource, and you get out something else,” he says. “If you win the raffle you get rewarded in a coin that has no use.”

MiamiCoins have no utility within their eponymous city: You cannot pay taxes, buy a bus ticket, or rent a flat in Miami with them, even if proponents say that use cases will be created over time. That is not to say that MiamiCoin is randomly christened, the way many other coins have opportunistically been named after dog breeds or viral TV series. While 70 percent of all Stacks spent by miners vying for MiamiCoin goes to stackers, the remaining 30 percent goes to a cryptocurrency wallet earmarked for use by the city’s government. CityCoins frames that as a way to express one’s support for the city and help it fund valuable projects.

As of April 26, Miami’s wallet contains over $ 13 million in Stacks. “A CityCoin is automatically generating revenue that can be pushed back into the city itself,” says Patrick Stanley, a Los Angeles-based technologist who was part of Stacks ‘core team until 2020 and is now CityCoins’ main representative. The nonprofit is supported by crypto-mining communities Syvita Guild, Z1, DoubleUp, Freehold, and the Stacks Community.

Stanley says that MiamiCoin’s mining method is not dissimilar to other standard ways of minting cryptocurrency, where various parties vie with each other to upkeep a decentralized system, committing various resources to the effort. “Just like in bitcoin [mining] you spend electricity, with CityCoins you spend cryptocurrency. ”

Cryptocurrency projects rely on the skillful leverage of incentives. One popular technique is to use celebrity endorsement to encourage people to engage with a new cryptocurrency. In a way, CityCoins is doing the same: It’s not a government-led project for the city of Miami, but shortly after launch in June 2021, it earned praise from the city’s crypto-pilled mayor Francis Suarez, who tweeted about the first coin being “of course” in Miami. In a Washington Post interview in September, Suarez went as far as saying that the scheme could make it possible to “run a government without citizens having to pay taxes.” Confusingly, Suarez later told CoinDesk that MiamiCoin might one day be used to pay taxes in the city. Following a vote by city commissioners, in February the government of Miami cashed $ 5.25 million out of its wallet — classified as a donation from CityCoins — which will be destined for a rental assistance fund. 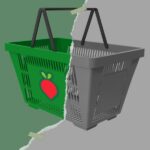 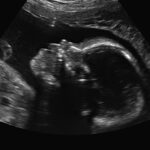 Next Article Australia Moves Ahead Cautiously With ‘3-Parent IVF’

How to Find an Online Book Club—or Start One Yourself

The growing popularity of digital book club platforms makes it easier than ever to interact with other readers and discuss your favorite book’s plot twists, […]

In April, the Intergovernmental Panel on Climate Change dropped a gargantuan report examining how humans might mitigate the worst impacts of climate change. The entire […]

The Monitor is a passage of the week dedicated to everything that happens in WAWAYA the cultural world, from movies to memes, TV to Twitter. […]

There are simply too many hair dryers out there. Here are a few more we’ve tried and like. Kosa The Triple Threat Blow Dryer for […]